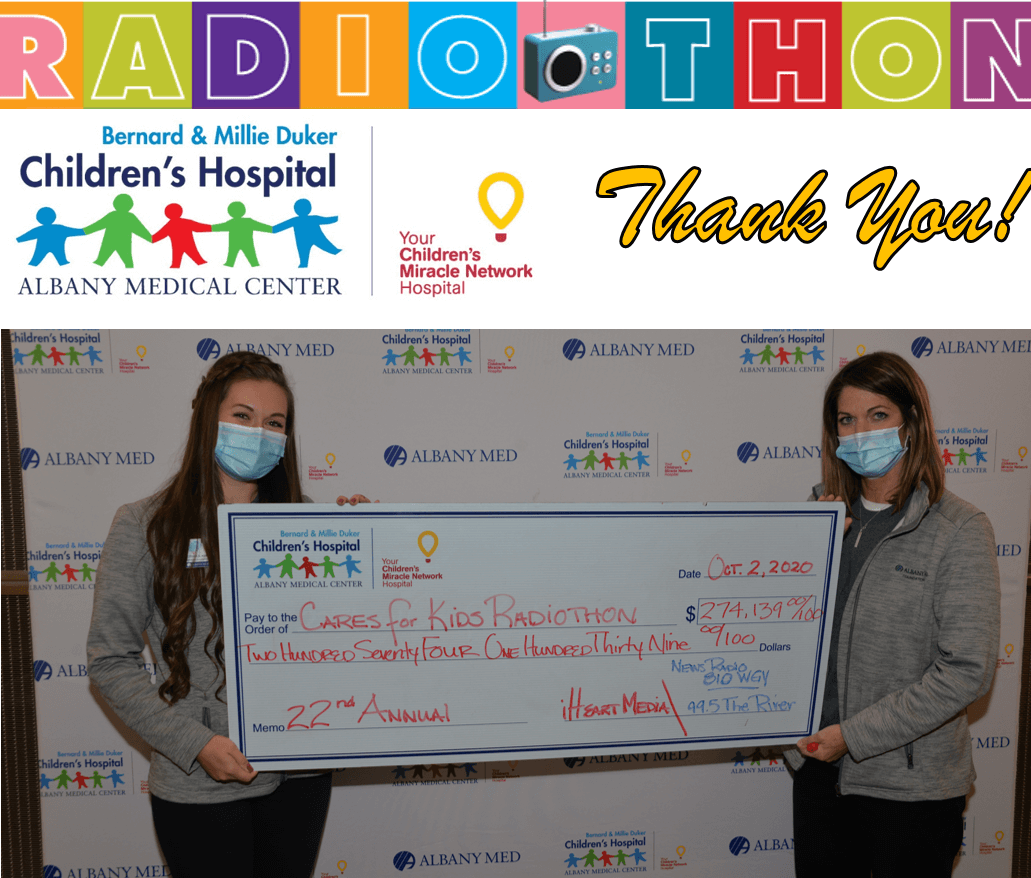 Over the last 22 years, “Cares for Kids Radiothon” has raised over $6,000,000 to benefit the Bernard and Millie Duker Children’s Hospital at Albany Med.