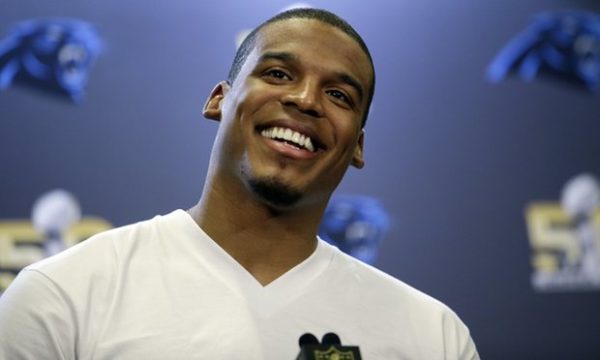 Carolina Panthers quarterback and NFL MVP Cam Newton is not only great at scoring touchdowns and giving little kids footballs after he scores them, but he is also good at making business moves.  Cam is teaming up with privately-held entertainment firm Magical Elves to launch a production company called Iconic Saga Productions.

The deal will see Newton and Magical Elves’ chiefs Dan Cutforth and Jane Lipsitz develop new unscripted projects for multiple platforms. The new deal solidifies the relationship between Newton and Magice Elves as they have already teamed up for Nickelodeon’s “All in With Cam Newton,” a 20-episode series featuring the quarterback pairing kids with mentors.

“As soon as we started working on ‘All In,’ I knew that Dan and Jane would be the perfect partners,” Newton said in the press release. “I’m excited to continue building on what we’ve already started, creating new, fun, authentic content for the world to see.”

Magical Elves’ Lipsitz added: “It became obvious very quickly while shooting ‘All In’ that Cam is a superstar both in front of and behind the camera, and we look forward to showcasing that talent across all platforms.”

“It became obvious very quickly while shooting All In that Cam is a superstar both in front of and behind the camera, and we look forward to showcasing that talent across all platforms. Cam also has a very unique and fresh voice which lends itself to the new and expanding world of content creation, and we hope that with our experience and execution style, this partnership has great potential for success,” said Cutforth.

Magic Elves also produces the “Braxton Family Values” show and we have witnessed the success of that show so we can probably mark this deal as another win for Cam.