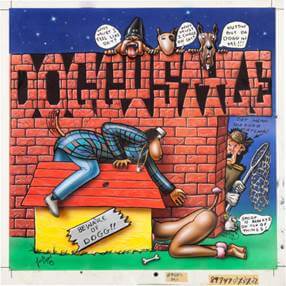 Offered Dec. 6, at Heritage Auctions in Dallas; brash, distinctive and famous cover art from one of Hip-Hop’s most famous records; expected to bring $10,000+

The album has sold more than five million copies to date and, upon release in November 1993, it set a new record for the biggest US album debut ever with over 800,000 copies sold in its first week alone

“Taking a cue from the Peanuts comic strip, the canine Snoop Dogg is atop a doghouse, similar to where Snoopy often appeared in Peanuts,” said Harmeyer, “and was meant as a humorous subversion of the iconic Charles Schulz character.”