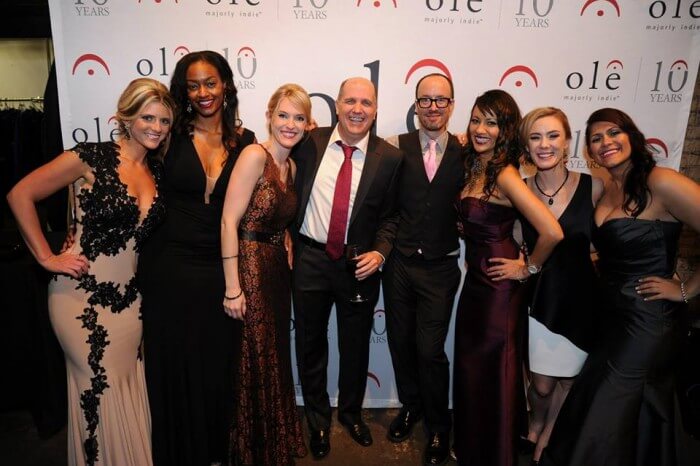 ole celebrated its 10th anniversary in style on Friday, October 24, with a blow-out bash at The Fermenting Cellar in the Distillery District in Toronto.

The event was hosted by TV personality George Stroumboulopoulos, who recalled that in the early days, he worked with Ott on a contest for songwriters where the winner got a car. Ron Mock, the President & CEO of OTPP, ole’s initial and primary investor, took the stage to recount how partners Ott and the late Tim Laing came to him with the initial idea for ole ten years ago. Ron Solleveld, now SVP International at BMI, who hired Ott for his first role at BMG, sent his greetings via video, as did ole songwriters Rush, Timbaland, and more.