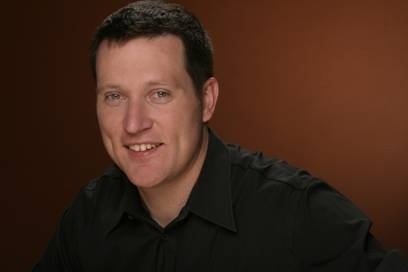 Tom Mackay has been promoted to Executive Vice President/ General Manager, West Coast for Republic Records. This official announcement comes on behalf of the label’s founders and chief executives Monte and Avery Lipman.
Mr. Mackay has proudly been part of Republic Records since its inception in 1998. As an A&R executive, he participated in the signing and artistic guidance of multi-platinum award-winning talent including country crossover juggernaut Florida Georgia Line (Republic Nashville) and Eli Young Band (Republic Nashville) as well as rock radio mainstays 3 Doors Down and Hinder. He also proved integral to the introduction and 2011 launch of NBC’s Emmy Award-winning The Voice and the music released in conjunction via Republic Records.
In the fall of 2011, he relocated to Los Angeles from New York in order to expand the West Coast office and magnify the label’s sphere of influence within the worlds of film and television, in addition to signing and developing new acts. He spearheaded highly successful soundtracks for The Hunger Games, Son of God, Muscle Shoals, The Walking Dead, TURN, and more.
Mr. Lipman states, “Tom’s contribution to the success of Republic Records has been invaluable to the label for over 15 years. His unbridled support of artists and executives alike has made him a natural leader within the company. While fiercely competitive; his vision and outside the box mentality has navigated us through uncharted waters into groundbreaking and innovate deals.”
Mr. Mackay comments, “I hope to continue the expansion of the Los Angeles office and our presence on the West Coast. It’s fantastic to have the opportunity to spread the culture of this label from Manhattan to L.A. Signing and finding new bands is always the most rewarding aspect of my job. I’m honored to continue growing the label’s film and television division. Monte and Avery Lipman are executives who completely instill and foster an entrepreneurial spirit within all of us. They create a culture that’s very supportive and inspiring. That culture is built on finding, signing, and breaking new acts every year. In order to do that, we have to be faster, more aggressive, and more pro-active. It’s an outlook that I wholeheartedly embrace.”
Mr. Mackay has enjoyed a long and successful 15-plus year history at Republic Records. He first served as Vice President of A&R at Universal Records before becoming Senior Vice President of A&R at Universal Republic Records in 2006. During 2009, he gained the title of Executive Vice President of A&R, eventually becoming Executive Vice President of Republic Records in 2012. To date, his projects have amassed cumulative sales exceeding 40 million albums globally.