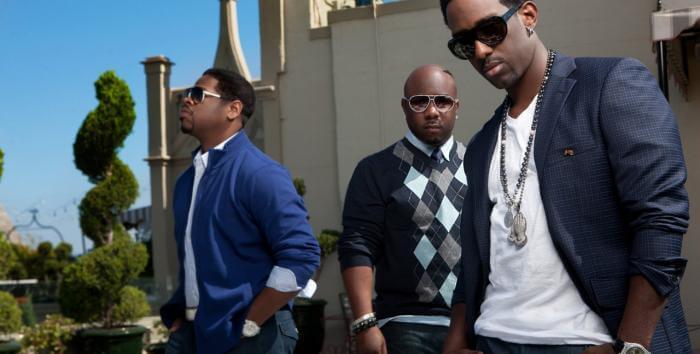 It’s long overdue and now The Venue at the Horseshoe Casino in Hammond,  IN was slammin’ as Bobby Brown and Boyz II Men gave nostalgic performances that had the packed house this past Saturday taking “Every Little Step” back into the 90’s.
Hosted by Soul 106.3’s Mike Love, who recently made his return back to Chicago with Bad Boy Radio, the show from start to finish was a reflection of the infectious music that consumed the 90’s and still makes stations like Soul 106.3 relevant and popular.
Allow me to describe Bobby Brown in three words – “still got it!” Let me be very clear; he may not be able to hold the notes as long, he may be a little heavier, and he may not dance as much but the swagger is still there. Starting with his chart-topping single, “On Our Own” from the Ghostbusters II soundtrack, he was definitely in compliance with the lyrics as he sang, “Well I guess we’re going to have to take control,” because he absolutely had control over the crowd.  Accompanied by two back up singers, Bobby hit the right notes when it counted, showed the classic dance moves when it was necessary, and even showed off the flow with a few of his patented rap breaks. I can not emphasis enough how Bobby kept that entire crowd rocking as he performed a slew of his hits from his most popular, “Don’t Be Cruel album.  Announcing that he was nine years sober off narcotics, Bobby seemed to be enjoying the moment on stage as well as this moment in his life as a husband, a down-to-earth brother that cuts his own grass, and surprisingly and up and coming chef.  Brown definitely diced up the right amount hits, moves, and personality to show that he still owns the stage and it’s his prerogative to do what he wants to do.
Just as Bobby Brown showed off his “still got it” factor, Boyz II Men showed why they are still headliners. Nate, Shawn, and Wanya still got the pipes and are vocally astounding but don’t let the smooth taste full you. Boyz II Men isn’t all ballads and serenades; the trio flexed a few moves proving that they can hold their own on any stage.  From “Please Don’t Go” to “End of the Road,” they had The Venue groovin’ from the front row to the rafters. It does also help that The Venue is big enough to feel like your are attending a  major concert yet small enough to feel like  you are witnessing an intimate musical moment between you and your favorite artist. Boyz II Men utilized the space very well and they are absolute masters of their craft and they give you the perfect blend of Philly soul, Motown prestige, and hip hop music sophistication. It comes at no surprise that they have a residency at the Las Vegas Mirage Hotel & Casino because they have a show that is worth watching several times.  Ending with the single that made them stars, it was quite evident that “MotownPhilly” was back again.
I would definitely go back again and again to see them, Bobby Brown, and any other act for that matter at The Venue. Where else in Indiana can you get a place so close to Chicago, a clean environment, quality sound, comfortably spacious seating, a fun Vegas like atmosphere, a decent priced drink, and damn good performances from some classic artist? That was really a rhetorical question if you get chance definitely go check out the “King of R&B,’ Nate, Shawn, and Wanya, or The Venue. You won’t be disappointed.