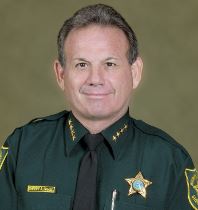 Sheriff Scott Israel is the most outspoken sheriff in Florida when it comes to changing the “Stand Your Ground” law. It’s really a shame that he is considered the Sheriff with the controversial opinion of the law being that he actually wants it changed so that we don’t have another Trayvon Martin or Jordan Davis incident. Below is his actual statement regarding Florida’s “Stand Your Ground” law.
Now that Tallahassee legislatures are considering amendments to “Stand Your Ground,” Sheriff Israel is making sure his voice and his view is heard.
Where I Stand On Stand Your Ground
Sheriff Scott Israel
I stand with the mothers of Trayvon Martin and Jordan Davis in their fight to amend Stand Your Ground – to grieving mothers who lost their children to senseless gun violence. Last Monday, these two brave mothers-turned-activists led a peaceful march with hundreds of protesters on the Florida state Capitol in Tallahassee. The women were joined by families of other victims of this law.
A bipartisan proposal by Florida State Senators David Simmons (R) and Chris Smith (D) passed the State Senate Judiciary Committee on October 15 by a 7-2 vote, and now heads to other committees for consideration before coming to the Senate floor for a full vote. The original 2005 law was written by none other than Sen. Simmons.
I applaud Sen. Simmons for recognizing that the law is not perfect, and for reaching above partisan politics on this tremendously important public safety issue. The proposed Simmons-Smith amendment makes clear that the statute should prohibit people from later claiming self-defense if they started or unnecessarily escalated a conflict when safe withdrawal outside the home was an option.
Many people have made the case that the George Zimmerman trial, which spurred the interest in revising Stand Your Ground, had nothing to do with the self-defense law.
This opinion is misguided.
In February 2012, when Zimmerman shot 17-year-old Trayvon Martin in Sanford, Florida, the police who were called to the scene, unable to refute Zimmerman’s claim of self-defense. By law, they were unable to file charges and follow through with normal procedures, thus compromising the investigation from the start. Sanford city officials stated: “By Florida Statute, law enforcement was PROHIBITED from making an arrest based on the facts and circumstances they had at the time.”
The Stand Your Ground law effectively tied the hands of law enforcement in the fatal shooting of Trayvon Martin, and will continue to do so until this law is fixed. In the case of Mr. Zimmerman, the threat was not immediate. He should have been obligated to get in his vehicle, leave the area, and avoid that confrontation. If the law had read differently, maybe he would have.
When Michael Dunn fired nine bullets into a Dodge Durango at four seemingly unarmed teenagers, killing 17-year-old Jordan Davis in Jacksonville, Florida, his actions were facilitated by this broken law. Deadly force should never be a first choice; it should be a choice used only after all other reasonable options have been exhausted.
The law is not stagnant. It is open to change, particularly when the change leads to less violent incidents and more accountability.
As one of only a small handful of sheriffs in Florida to support a change in the Stand Your Ground law, I feel the need to be active and vocal in this all-important discussion. Florida was the first of at least 22 other states that have enacted similar Stand Your Ground statutes, so it is also right that we lead in the effort to fix it. More than 26 young people in Florida have already lost their lives in Stand Your Ground cases. This law, here and elsewhere, must be fixed before more needlessly die.
For these reasons, I support these important first steps in amending this valuable law.