Kevin Hart is truly turning the normal 15 minutes of fame into a lifetime. Not the comedian/actor has landed a produce role with ABC. He is slated to be one of the producers on a new semi-autobiographical comedy about his life as a divorced comedian. The show has at least been ordered to pilot so we will see how it goes for Mr. Hart.  He released a statement via his Instagram.  We wish Kevin Hart the best and continued success. 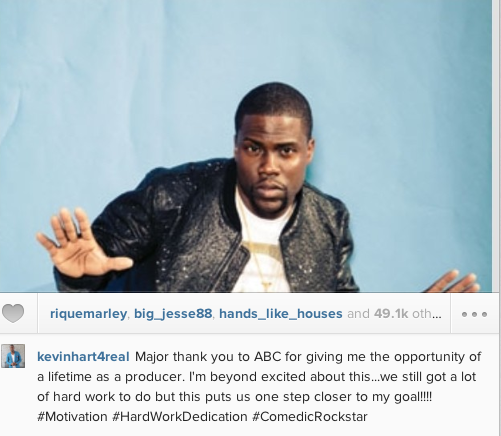