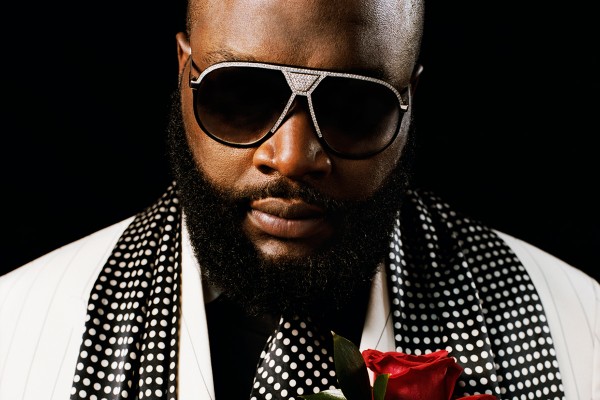 We all remember the lyrics, “Everyday I’m Hustlin,” that put Rick Ross on the map.  Ever since the success of that song, the self-proclaimed Boss has really built his MMG empire.  I guess he wants a little more cash for his empire because now Miami’s own, Rick Ross is suing LMFAO for copyright infringement, claiming the refrain “Everday I’m shufflin'” from the duo’s 2010 chart-topper “Party Rock Anthem” rips off his, “Everday I’m hustlin'” lyric from his 2006 single “Hustlin,'” according to The Hollywood Reporter.
I must admit and anyone who has heard the two songs should know that “The use of ‘Hustlin” in ‘Party Rock Anthem’ is quite obvious, despite the slight change from ‘Everyday I’m hustlin’. . . ‘to ‘Everyday I’m shufflin’. . . ” The official lawsuit, which was filed in a Florida federal court, states that LMFAO’s performance of the lyric is similar to Ross’ making it “an obvious attempt to capitalize on the fame and success of ‘Hustlin.”
Ross and “Hustlin'” co-composer Jermaine Jackson, not to be confused with MJ’s brother,  are seeking an injunction and maximum statutory damages from LMFAO. An amount has not been named in the suit but it is sure to be substantial based off the worldwide success of LMFAO’s song. The only question is, what took so long to file the suit?