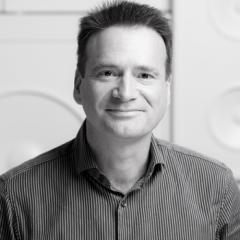 Music rights management company BMG has appointed John Dobinson, currently Chief Operating Officer of BMG Chrysalis UK and Europe, to a worldwide role overseeing its operations and administration functions covering both the publishing and recorded business.
In his new role as Group COO, Dobinson now has worldwide responsibility for Copyright, Royalties, and Contract Administration as well as Integration Management, Asset Management, Supply Chain Management and IT.
He reports to Group Chief Financial Officer Maximilian Dressendoerfer.
Dobinson was a 14 year veteran of the Zomba Group – which was acquired by the Bertelsmann Music Group in 2002 – first as Finance & Operations Director, and latterly Commercial Director.
Following the completion of Bertelsmann’s sale of the BMG Music Publishing business in 2007, he was a key hiring in 2009 when Bertelsmann re-entered the music market with its new model music rights management company, BMG.
In 2010, Dobinson was appointed COO for BMG UK & Europe, and successfully led the integration of Chrysalis in 2011. More recently, he has led the integration of significant music publishing and recording catalogue acquisitions such as Virgin Music, Sanctuary Records and Mute Records.
BMG CEO Hartwig Masuch said, “John is one of the few managers in the music business who combines high-level experience in both finance and operations with industry knowledge of both music publishing and recorded music, and we congratulate him on his new position.”
John Dobinson said, “The past four years have been an incredibly exciting time helping build the new BMG into the major international player it now is. I am greatly looking forward to this expanded role and being a part of our continued growth in the years to come.”