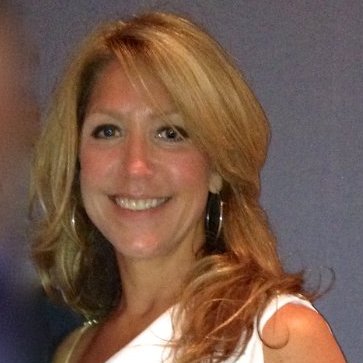 Jennifer Morelli has been named Vice President, Integrated Marketing, CBS RADIO, it was announced today by Michael Weiss, President, Sales, CBS radio. Morelli has served as Director, Integrated Marketing and Events for CBS radio Chicago since 2011, leading the non-traditional sales efforts for the six station cluster. The appointment is effective immediately.
Morelli will serve as the division’s liaison with its more than 125 stations, directing non-traditional sponsorship revenue generation from local and national clients. She will be responsible for the development and management of advertiser programs and campaigns that provide targeted brand interaction with consumers and support CBS RADIO’s growing event and live experience business.
CBS radio stations annually present thousands of concerts, business conferences and seminars, food festivals, sports fan experiences and special holiday programs, among other locally activated events.
“Jennifer has taken on roles of increasing responsibility during her tenure at CBS radio and is well prepared to take on this leadership position for the division,” said Weiss. “She has demonstrated the ability to create opportunities for clients that go beyond conventional advertising and branding methods. We look forward to her contributions as we continue to increase our live event offerings.”
For the past two years Morelli has successfully led the sales team charged with developing key partnerships and growing incremental revenue using a variety of CBS radio Chicago assets and live events. She joined CBS radio in 2009 as Integrated Marketing Manager for the division’s stations in Houston. Under her direction, the cluster increased its non-traditional revenue share and outperformed all other local broadcasters in the category.
Prior to that, Morelli was with Emmis Communications in Austin, Texas as sales promotion director (2000-01, and 2002-09), and general sales manager (2001-02). During her tenure she successfully launched and managed the Community Outreach Marketing Department, working with foundations, government and cause marketing agencies to create socially responsible promotions. She specialized in creating multi-platform campaigns using digital marketing, event sponsorship, brand ambassador marketing, mobile messaging, retail promotion and social media.
Morelli began her career in radio at Quad City Radio Group/Sconnix Broadcasting in Davenport, Iowa in 1997 as an account executive. She worked with local retailers and advertising agencies to increase station billing by triple digit percentages. Two years later she was hired by WQRF FOX 39’s sales department in Chicago where she was able to recruit several new advertisers to the station.