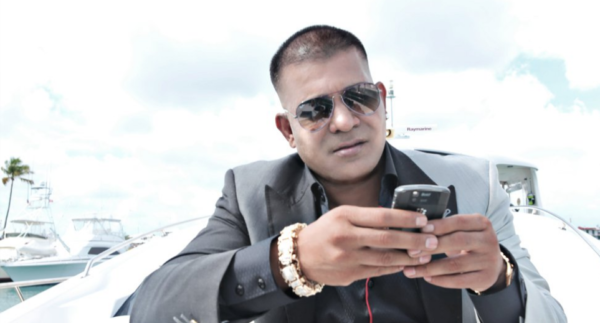 PM Music Group is proud to announce a new deal with RED Music, a division of Sony Music Entertainment/ WhatevaOk Entertainment to distribute the new album from international dance/pop artist Prince Malik and future artists on the PM Music Group roster. The highly anticipated album, Crown Me, will be available digitally at all online retailers and physically in stores on February 18, 2014.
The new multi-million dollar partnership will elevate the amount of exposure PM Music Group receives and will introduce Prince Malik’s music to a whole new audience of music lovers. Of the new partnership, Tony Dofat-former Bad Boy Exec and Executive Vice President of PM Music Group said “this venture is ideal for the direction of the music business creatively speaking. With the rise in popularity of EDM, it is fast becoming a multi-billion dollar genre and we are glad to be a part of the community. We are really excited to finally let the world hear what we have been working on and creating for years.”
Founder of WhatevaOk Entertainment and Associate Director of Digital Operations at RED Music, Lamar Leggard commented, “We are excited to partner with Prince Malik and PM Music Group. It has been a pleasure to see his progress over the years and we look forward to continued and heightened success for years to come.” Mitchell Dudley, National Director of Sales and Marketing at RED Music agreed noting, “We are excited to help take Prince Malik to the next level in his career. He is destined for success!” Dofat added, “We are confident that with Lamar Leggard’s vast experience coupled with the prestige of the RED Music team, we will reach multiple levels of success and expand the PM Music Group brand. We are currently looking for new team members and talent to grow with us. We love to inspire those who want to be inspired.”
Prince Malik has already experienced much success since making his music debut in 2010 by working and collaborating with hip-hop’s royalty including Flo Rida, DJ Khaled, Lil’ Mama, Young Radio DJ, Ace Hood, Meek Mill, Fat Joe, Jim Jones and more. Prince Malik’s solo single “So Bad” became one of the fastest moving hits on the Billboard Hot Dance Chart and the single was also featured on the top 3 song list on iTunes. The video debuted on MTV.com as the #2 most viewed and #1 most commented on and shared video for two straight weeks. Prince Malik has also been featured in MTV.com, VH1.com, Global Grind, and Radar Online, among other notable sites.