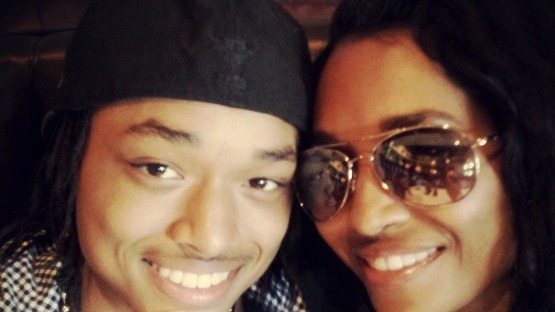 Celebrities aren’t having it anymore for slanderous media outlets that disrespect them and/or their children. We all know about Kanye lashing out at the paparazzi and now Chilli of tlc is taking action against MediaTakeOut.com.  Check out her letter of petition against the media company.
Most of you know me as a member of the group TLC, but everyone who knows me personally knows being a mom is my number one priority. The health and safety of my son means more to me that any accomplishment or achievement I’ve received being an entertainer. Recently my son was targeted negatively by popular gossip site MediaTakeOut.com. I can’t describe the anger I felt at my son being ridiculed continuously by MediaTakeOut.com for no other reason than the fact that he’s my son. MediaTakeOut.com has posted numerous false stories about me, and other celebrity friends of mine and while I don’t like it, I realize that is a part of what comes with celebrity. However when my 16-year-old son is being attacked, that is when I take off the celebrity hat and become the protective Mother that I am, and I know many of you are.
The love for our children is one of the things that connects us across culture, race, age and even gender. I know there are many celebrity parents that have to or one day will have to comfort their children when being attacked by media and it isn’t right. Adults have the mental capacity to deal and prioritize. Most importantly my son had no choice in who his mother was just like many other celebrity kids do not. It isn’t fair that our children have to deal with cyber bullying because of the career choice of their parents. Anyone under the age of 18 should not be ridiculed or targeted by MediaTakeOut.com or any other website.
There are countless anti-bullying campaigns geared towards teens and I support the message with my own non-profit, Chilli’s Crew. If we can rally to stop bullying in schools and via social media. How much more should we support an anti-bullying message for entertainment websites that host millions of readers a month? Who are the advertisers posting on these sites? Why are they supporting a site bullying minors? We need to make the website and their advertisers accountable.
Celebrity parents have expectations of an invasion of privacy and negative comments but children who experience this are at risk for greater stress, anxiety and other long lasting effects. According to the US Department of Health and Human Services, bullying is a form of aggressive behavior manifested by the use of force or coercion to affect others, particularly when the behavior is habitual and involves an imbalance of power. It can include verbal harassment, physical assault or coercion and may be directed repeatedly towards particular victims, perhaps on grounds of race, religion, gender, sexuality, or ability. Cyber bullying is a form of bullying that occurs via text message, email, social media, websites, blogs, and other virtual outlets. Therefore, anyone with an opinion can now use technology to attack, intimidate or harass children. With approximately 52% of students who reported being cyber bullied, everyone’s kids are at risk.
Kids who experience bullying are more likely to experience mental health issues that effect their ability to sleep, eating patterns, loss of interest in activities, health complaints, and decreased academic achievement. These issues can continue to persist in the victim through adulthood. In a minimal number of cases targets of bullying may deal retaliate by using extreme violence. For instance, 12 out of the 15 school shooters in the 1990s were victims of bulling. Victims of bullying are also 2 to 9 times more likely to consider committing suicide.
The articles need to be removed from MediaTakeOut.com and an apology issued to my son.
Thank you,
Chilli