MARVIN GAYE III PRESS CONFERENCE ABOUT RENAL FAILURE AND NEED FOR A KIDNEY TRANSPLANT RESCHEDULED FOR THIS THURSDAY, OCTOBER 3 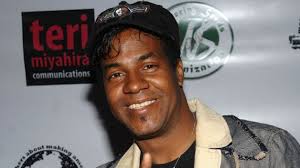 Marvin Gaye III and his family are convening a press conference on Thursday, October 3, to address a more serious issue: his need for a kidney transplant. “Marvin experienced renal failure about three years ago,” says his wife, Wendy, “and he has been undergoing dialysis three days a week since.” Gaye is holding the presser to draw attention to the difficulty securing an organ and, more importantly, the added challenges facing people of color in search of an organ donor. With the increased incidence of diabetes and hypertension in the African American and Hispanic communities, matching someone needing a kidney with a healthy donor is especially challenging for patients waiting for an organ. To increase awareness and help others facing the effects of renal failure, Gaye plans to announce he will donate part of the proceeds from his upcoming CD to a major kidney health and research organization. Gaye recently released a dance single, “Can’t Take My Eyes Off You,” and he will be releasing an album before the end of the year. He is currently undergoing dialysis as he awaits a kidney organ donor.