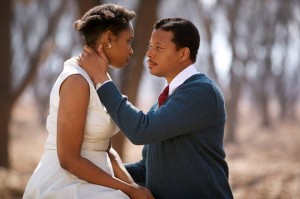 The inaugural International Faith and Family Film Festival will debut at Bishop T.D. Jakes’ MegaFest 2013 in Dallas, August 29-31, at the Omni Dallas Hotel. The film festival will showcase projects including Fox Searchlight’s “Black Nativity,” Image Entertainment’s “Winnie Mandela” and Sony Pictures Entertainment’s “Heaven is for Real.” Actress Regina King is also expected to attend. Works from BET and a range of other high quality films from around the world will also be highlighted.

Bishop Jakes, who has long appreciated the entertainment media’s influence in helping shape cultural messages and bring people to Christ, believes a new and vibrant “faith and family” film festival will raise the bar and change perceptions about what constitutes a faith-oriented film.

“Americans are looking for wholesome entertainment that reflects the values they practice and teach their children every day. We’re filling that void,” said Jakes. “This film festival is designed to encourage studios and the rising number of faith and family-based film companies to help this type of entertainment grow.”

The festival will also feature panel discussions moderated by Mary Claire Kendall of “Forbes,” Kirstin Wilder, vice president and managing editor of “Variety,” Sarah Pulliam Bailey of “The Wall Street Journal,” and Kevin Frazier, host of “OMG! Insider.” Discussions will cover “Marketing within the Faith Based Community,” “The Now and Future of Faith-Based Film & TV,” “Getting Your Film/TV Production Launched,” and “The Rise of Digital Filmmaking, Distribution & Marketing.”

“Heaven is for Real,” based on the testimony of a four-year-old Nebraska boy, who visited heaven and lived to share his story after emergency surgery, will also be the subject of a roundtable discussion during the film festival. Randall Wallace (“Secretariat,” “Braveheart”) is directing and Joe Roth (“Oz the Great and Powerful,” “Alice in Wonderland”) is producing the film, which is still in production. Moreover, the film festival will feature high-energy actor and screenwriter workshops, keynote addresses and a Screenwriters’ Treatment Competition, the winner of which will have his or her project developed by TD Jakes Enterprises.

“This is more than just a film festival,” Jakes said. “It is an exciting and emotional re-imagining of all that cinema can and should be for ourselves and future generations. Getting our hearts right and our families back together again is paramount. With this festival we hope to provide more high-quality, family friendly and Bible-centered films over time. This is an essential ingredient for the healing and strengthening of our culture. ”

Need a Job? The Professional Diversity Network and the NAACP is Trying to Help You