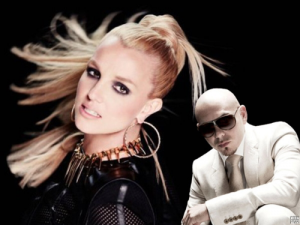 On the first day of summer, a diverse array of artists from across the musical spectrum — Selena Gomez, Adam Levine, Britney Spears, Pitbull and David Guetta to name a few — are kicking off the Summer of Hope, a first-of-its-kind social media effort to benefit one charity: City of Hope, a research, treatment and education center for cancer and other life-threatening diseases.
The initiative not only empowers the musicians to bring hope to people and families struggling with cancer, it unites their legions of diverse fans to do so as well. Other social media campaigns have brought together a variety of artists to benefit victims of disasters, but Summer of Hope unites an unprecedented array of artists for a single institution. The ultimate goal is to change the current cancer reality: One in three women and one in two men will be diagnosed with cancer in his/her lifetime.
Summer of Hope launched today and is already generating a wide response. Over the course of the campaign, participating artists could reach more than 300 million people on Twitter alone. More than 100 million were reached today. Also among the artists stepping up are PSY, One Direction, Nicole Scherzinger, Rita Ora, Jared Leto and Rob Thomas. Others will join each day.
Leading the effort is Rob Light, managing partner and head of music at Creative Artists Agency. Light is one of the most influential executives in the entertainment industry, named No. 7 on Billboard’s “Power 100” list, and is also one of the most revered and philanthropic. He is this year’s recipient of the Spirit of Life award from City of Hope’s Music and Entertainment Industry group. City of Hope will honor Light for his outstanding business and altruistic achievements at a gala on Sept. 19 in Los Angeles.
“Like the music industry, City of Hope touches lives worldwide, bringing hope and encouragement to individuals and their families,” Light said. “To unite these two forces for such a powerful need is exciting, and I am proud to be a part of that.”
The initiative supports City of Hope’s pioneering treatments and breakthrough treatments, while also evoking hope and compassion for the millions of people suffering from cancer and other critical diseases.
Already a longtime supporter of City of Hope’s mission to advance research and treatments, the music industry is turning this summer into the Summer of Hope. Tweets use the hash tag #SummerofHope and donations can be made at www.cityofhope.org/summerofhope.