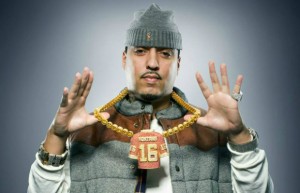 Xumanii, a company that has developed proprietary technology capable of broadcasting live events in True HDâ„¢ wirelessly from multiple cameras at events creating high quality content for drastically lower production cost announces today that the Company has signed up and coming Rapper Karim Kharbouch aka “French Montana” to a two (2) year agreement that includes four (4) live broadcast in True HDâ„¢ concert performances. “¨”¨Since signing on to Sean “Diddy” Combs’ Bad Boy Records and Rick Ross’s Maybach Music Group in January of 2012 French Montana, has been one of the most featured artists in Hip-Hop. Some of his notable collaborations include songs with Lil Wayne, Rick Ross, Drake, Nikki Minaj, Big Sean, Snoop Dogg, Wiz Khalifa, Trey Songz, Fabolous, and Miley Cyrus. Along with Rick Ross, French Montana has a lucrative endorsement deal with Ciroc ® Ultra Premium Vodka. His album “Excuse My French” recently released on May 21st 2013 was executive produced by Diddy and Rick Ross debuted at #4 on the Billboard Charts.”¨”¨ Xumanii Founder and CEO Alexandre Frigon stated “We are happy to announce the 2 year deal with French Montana. As of right now it is looking like the first Live Broadcast will take place at the end of July. We will be announcing the exact date as soon as we get confirmation from Management.” He continues, “We will be sure to announce this date as well as a host of other shows and concerts coming in the very near future.”