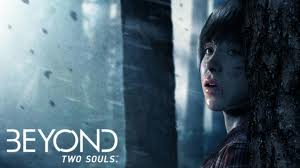 Tribeca Film Festival ® played host to the official screening of Sony Computer Entertainment America’s LLC (SCEA) BEYOND: Two Soulsâ„¢ gameplay which included a panel discussion with Game Director David Cage and the Hollywood cast on Saturday. Developed exclusively for the PlayStation 3 (PS3â„¢) system by award-winning studio Quantic Dream, creators of PS3â„¢’s critically-acclaimed Heavy Rain, BEYOND: Two Souls has been recognized as an Official Selection by the Tribeca Film Festival for its impact on the Future of Film. BEYOND: Two Souls delivers a gripping, non-chronological narrative that features performances by acclaimed actors Ellen Page (Juno, X-Men), Willem Dafoe (Platoon, Spider-Man), Kadeem Hardison (A Different World, The Dark Party) and Eric Winter (The Ugly Truth, The Mentalist).
Releasing in North America on October 8, 2013, BEYOND: Two Souls takes players across the globe on a journey that explores 15 years of Jodie Holmes’ (Page) life. The original story seems to have jumped right from the silver screen, as main character Jodie, aided by scientist Nathan Dawkins (Dafoe) discovers a connection to a mysterious entity, setting off a thrilling journey to discover the truth about life, death and who she is ““ a central theme that provides a rich and evocative narrative.
The exclusive post-screening panel featured actors Ellen Page, Kadeem Hardison and Eric Winter. During the discussion, led by moderator and video game journalist Harold Goldberg, they spoke of how their professional acting backgrounds contributed to their performance in this genre defining game. Additionally they discussed the challenges of working in a motion capture studio to produce such an epic story. Often void of any traditional inspiration such as costumes, props and environments, the mo-cap studio is a vacuum created to capture true performance.
“This has been a really intense and exciting experience for me, and one that I am extremely proud of,” said Ellen Page. “I’m excited to see everyone’s reaction to the extended scene we are going to be screening ““ and to feel the powerful emotion that David Cage instills in all his games.”
“This is a momentous event both in the world of gaming and in the history of the Tribeca Film Festival,” said Willem Dafoe. “BEYOND: Two Souls tells a beautiful story and the players can wholly participate in each scenario and choose the characters’ action. This game is unlike any project that I’ve ever been involved with before.”
Quantic Dream used cutting-edge performance capture technology that allowed the actors’ performances and expressions to transcend the gaming medium, making the spectacular life of main character, Jodie Holmes, tangible and real. “Quantic Dream is incredibly proud to share this vision of storytelling in games that redefines and breaks the boundaries of what games can achieve. We hope that BEYOND’s recognition as an Official Selection of the Tribeca Film Festival will only act as a catalyst to create more emotionally-charged games that explore mature themes,” said David Cage, founder of Quantic Dream.
The exclusive scene revealed at the Tribeca Film Festival, titled “Homeless,” follows Jodie during an emotionally and physically challenging part of her life where she is homeless and must find the will to survive in dire circumstances. The scene explores the relationships she forms with other homeless characters and the challenges they face, including finding their next meal, struggling to survive and retaining their belief in humanity.