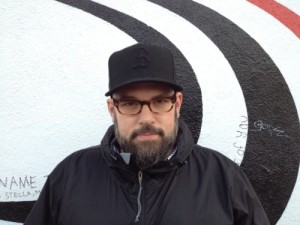 REPUBLIC RECORDS has promoted Nate Albert to Senior Vice President of A&R as announced today by Executive Vice President of A&R Rob Stevenson. Since 2008, Mr. Albert held the position of Vice President of A&R.
His focus will remain on developing and signing new artists to the label’s powerhouse roster. He formally joined the company in 2008 and has signed critical phenomenon and gold-selling alternative R&B trailblazer THE WEEKND, orchestrated the release of the chart-topping Academy Award-nominated soundtrack for Universal Pictures’ Les Miserables, and discovered up-and-coming talent including PHANTOGRAM and THE COLOURIST. In addition, he’s worked on albums from FLORENCE + THE MACHINE, THE LONELY ISLAND, ALEX CLARE, and ANBERLIN.
“Nate’s ear for talent is undeniable,” stated Mr. Stevenson. “I first met him while he was playing guitar for The Mighty Mighty Bosstones, and we have a long history together. He approaches his post from an artist perspective, and he stays in tune with the myriad needs of a band or performer. As a result, when it comes to A&R, his passion and understanding are unparalleled.”
REPUBLIC RECORDS Chairman & CEO Monte Lipman added, “Nate remains a cornerstone of our A&R department. His passion and diligence with all of our artists make him a franchise player.”
“I want to stay on the same path, but continue forging further ahead,” commented Mr. Albert. “For me, it’s about bridging the gap between the business side and the artist side. I want to mentor the acts that I sign and help elevate them to the level they aim to reach. I get excited hearing fresh talent, and it’s incredible to be at a company that emphasizes fostering careers. Monte and Avery started REPUBLIC at their kitchen table, and they still run it now. They’ve provided the best launch pad for young acts to become stars. It’s incredible being a part of that.”
A platinum-selling musician, songwriter, and producer himself, Mr. Albert helped form The Mighty Mighty Bosstones at 13-years-old, playing with the group through the release of 2000’s Pay Attention. After his stint on the stage, he received a degree at Brown University in Providence, RI. He became an A&R consultant for REPUBLIC in 2006 before coming on board as Vice President of A&R.