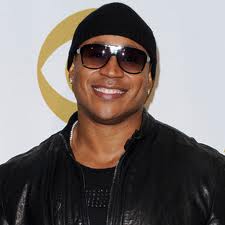 NEW ALBUM, AUTHENTIC, OUT ON APRIL 30 AND NOW AVAILABLE FOR PRE-ORDER ON AMAZON AND iTUNES
GRAMMY ® AWARD-WINNER STEPS BACK UP TO THE MIC WITH NEW ALBUM FEATURING SPECIAL GUESTS INCLUDING, BRAD PAISLEY, BOOTSY COLLINS, CHUCK D, CHARLIE WILSON, EDDIE VAN HALEN, EARTH, WIND & FIRE, MONICA, SNOOP DOGG, SEAL & TRAVIS BARKER
LL TO TOUR THIS SUMMER IN SUPPORT OF AUTHENTIC KICKING OFF MAY 23
Two-time Grammy winning recording artist, LL COOL J’s upcoming new album AUTHENTIC is streaming now on Amazon . Fans can listen to the new Album in its entirety before it is released on April 30, 2013. With the release of his 14th studio Album AUTHENTIC, on 429 Records/The Savoy Label Group, the multi-platinum artist returned to the studio and kicked the volume up to create a powerful new album that came from his true passion for music and would speak to his fans. AUTHENTIC is currently available for pre-order at Amazon.com, iTunes and Target.
AUTHENTIC features a diverse and wide array of legendary and new artists that underscore the Album’s roots of being born out of the true love for music, including, Brad Paisley, Bootsy Collins, Chuck D, Charlie Wilson, Eddie Van Halen, Earth, Wind & Fire, Monica, Snoop Dogg, Seal, Travis Barker and many more. Collectively these artists have achieved tremendous success in music, including many Grammy ® Awards, multi-platinum albums, American Music Awards, MTV Video Music Awards, Billboard Awards, Rock and Roll Hall of Fame inductions and nominations, NAACP Awards, and Country Music Awards, among many other accolades.
“With AUTHENTIC, I wanted to work on a project that showed my genuine love for all music,” LL says. “Collaborating with these myriad of artists was an amazing experience and this album got me back to my roots and is for the fans across all generations who love real music too.”
Celebrating his 30th year in music, AUTHENTIC features the iconic rapper in his element. The album is anchored by LL’s expressive attitude where his sensitive side is as present as his slicing lyrical switchblades. AUTHENTIC comes to life with rock-hip-hop anthems, crazy club jams, tender tracks, personal tributes, and hard-hitting commentary addressing the current hip-hop climate.
Fans have gotten an early taste of the musically diverse and genre defying AUTHENTIC with the release of the Album tracks, including the up-tempo single “We Came To Party” feat. Snoop Dogg & Fatman Scoop, “Live For You” featuring Academy of Country Music Award winner Brad Paisley, an unexpected love song, which features a soulful guitar and bass-leaning mid-tempo Hip-Hop/R&B sound, and “We’re The Greatest,” featuring Eddie Van Halen and Travis Barker, a thunderous rock/rap anthem which includes symbolic lyrics, frenetic, over the top guitar licks played with reckless abandon and solid drum beats.
On the heels of the release of LL’s new album, LL will tour this summer all across the country in support of AUTHENTIC. As a part of performing this summer, LL featuring DJ Z-Trip, will headline “The Kings Of The Mic” Tour, joined by legendary Hip-Hop artists Ice Cube, Public Enemy and De La Soul. LL will kick-off touring May 23, 2013 in Tucson, AZ and wrap-up in Los Angeles, CA on July 7, 2013. For a full list of LL’s dates and cities, and to purchase tickets, visit here.
First introduced to the world in 1984 as a Def Jam Records flagship artist, LL is the first rap artist to amass ten consecutive platinum-plus selling albums. The multi-platinum artist and two-time Rock and Roll Hall of Fame nominee is currently tied for third place for the most Billboard chart debuts by a rapper. For three decades, LL has continued to influence hip-hop with rap ballads that captivate generations of audiences. Since then, the veteran rapper has evolved his scope of work across entertainment appearing in numerous television and film roles, among many other projects.(For the Track listing and Tour Dates Click Next)