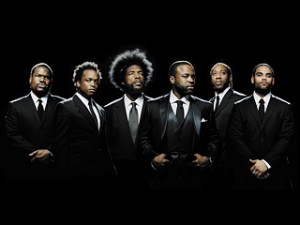 Universal Music Group Distribution (UMGD), the award-winning sales, marketing and distribution arm of Universal Music Group (UMG), will release exclusive titles from a wide array of artists in celebration of ‘Record Store Day.’ The annual event, which takes place this year on Saturday, April 20th, celebrates the importance and vitality of the independent music store.
UMGD will be offering commercial pieces from dozens of top artists such as Bon Jovi, Imagine Dragons, The Rolling Stones, and Swedish House Mafia. Other exclusives include titles from The Animals, Ben Harper, Garbage, The Hold Steady, New Found Glory, Placebo, Ringo Starr, Rob Zombie, The Roots, Sarah Jarosz, Sigur Ros, Small Faces, Soundgarden, ZZ Ward, and many others.
Many independent retails favorites will be participating directly in Record Store Day by performing at store locations, including All Time Low at Eides in Pittsburgh, Talib Kweli at Zia in Las Vegas, Matt Costa at Earshot in Winston NC, The Mowgli’s at Silver Platters in Seattle, and many more throughout the country.
‘Record Store Day’ began in 2007 as a celebration of the unique culture surrounding independently owned records stores in the US, and hundreds of similar stores internationally. On this day, independently-owned records stores come together with artists and labels to celebrate music with special releases and promotional products and events. Over 1000 stores are expected to participate in the program in the US this year, with another 500 more participating worldwide. Visit https://www.recordstoreday.com for further details.