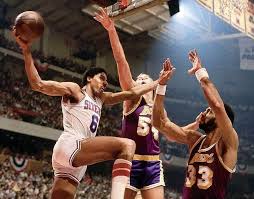 Before the air acrobatics of Michael Jordan, there was Dr. J a.k.a, Julius Erving. Named as one of the NBA’s 50 greatest players of all time, an upcoming documentary will look at the life and career of Julius Erving, on the 30th anniversary of his only NBA championship.
“The Doctor” will air on NBA TV on June 10, between games of the NBA Finals. The 90-minute program features rare footage from his ABA career. Dr. J later came to the NBA and helped the Philadelphia 76ers win the 1983 title.