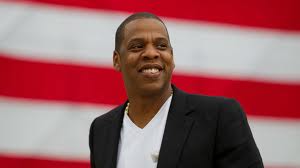 For all those that were lucky enough to attend Jay-Z’s “Made in America” festival last year, you are in for a treat. It is coming back to Philly.  Jay-Z made the announcement via his “Life and Tmes” website.  He posted a video showcasing footage from last year and he let than fans know that his year the festival will be during Labor Day Weekend, just as it was last year.
Jay-Z also revealed that the star-studded the lineup will be revealed on Spotify on Wednesday.