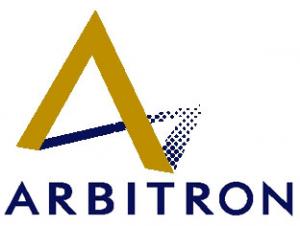 One in three Americans aged 12 and older now listen to all forms of online radio1 on a weekly basis according to the new national survey from Arbitron Inc. (NYSE: ARB) and Edison Research, The Infinite Dial 2013: Navigating Digital Platforms.
The study, released today, is the 21st in a series of studies dating back to 1998. Among the many other findings:
Fifty-three percent of all Americans aged 12 and over (an estimated 139 million people) own a smartphone; three-quarters of those aged 18-to-34 own these devices
Weekly online radio listeners report listening for an average of 11 hours 56 minutes per week, up by more than two hours over last year’s listening levels (9 hours 46 minutes in 2012), and nearly double that reported in 2008 (6 hours 13 minutes). During the same span of time, Arbitron’s RADAR service indicates that AM/FM Radio has grown to 243 million weekly listeners and time spent listening has remained approximately two hours a day
More than one in four Americans (27 percent) check their social network several times per day, estimated at 71 million people
AM/FM radio is an “almost all of the times” or “most of the times” in-car choice for nearly six in ten adults aged 18 and over; dashboard AM/FM radio (58 percent) far outpaces frequent in-car use of CD players (15 percent), portable digital audio/MP3 players (11 percent) and satellite radio (10 percent)
AM/FM Radio delivers far more consumers (49 percent) than other media during the half hour before they arrive to shop, more than twice the number reached by the next closest medium (advertising on Billboards at 21 percent)
Twenty-nine percent own a tablet; this is up more than 70 percent in the last year, compared to 17 percent ownership in 2012
Among the nearly half of Americans (45 percent) who say it is important to learn about and keep up-to-date with new music, AM/FM Radio is the top source for new music discovery at 78 percent
“We are now seeing the highest levels of weekly online radio listening with the increasing strength of AM/FM streams and other online radio brands and the near ubiquity of devices in which consumers can listen,” said Bill Rose, Senior Vice President of Marketing at Arbitron.
“In the smartphone, the majority of Americans now have powerful computers in their pockets, which has irrevocably altered not only out-of-home listening behavior, but out-of-home purchase behavior as well,” added Tom Webster, Vice President of Strategy and Marketing, Edison Research.
This study, as well as previous studies, may be downloaded free of charge via the Arbitron and Edison Research websites at www.arbitron.com and www.edisonresearch.com.

Black Father Arrested for OVER Paying Child Support and Visiting his