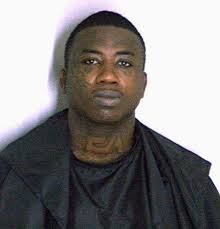 And in what else is new, news…Rapper Gucci Mane is locked up stemming from an assault charge after a fan told police the artist smashed a champagne bottle on his head in a downtown Atlanta nightclub. Fulton County Jail records show that Gucci Mane,real name Radric Davis, was in police custody on a charge of aggravated assault with a weapon.
An arrest warrant was issued for Gucci Mane after James Lettley of Fort Hood, Texas told police Davis struck him at Harlem Nights Club on March 16. Lettley said he was hoping to get a picture with the rapper when he was attacked.