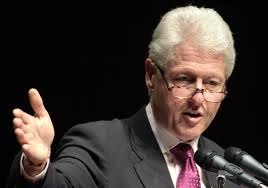 If you have ever been to Howard University’s homecoming, it is definitely something you will never forget. Now Howard University students have something else I’m sure they will never forget. Former President Bill Clinton will deliver the school’s commencement address in May. This should come as no surprise as many people still refer to the saxophone playing Bill Clinton as the “First Black President.” University President Sidney Ribeau said Tuesday that Clinton would deliver the speech on May 11. Ribeau says Clinton’s example as a leader, humanitarian and advocate and his commitment to public service will inspire the class of 2013. With Barack Obama set to deliver the Morehouse commencement address, the HBCU’s are WINNING right now!.