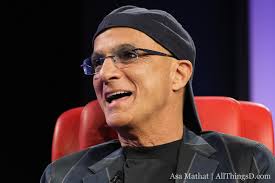 Former hip-hop publicist Sebastien Elkouby who now teaches hip hop music culture at a school in Los Angeles has stepped to the forefront and started a petition against the music industry to deliver and play more  conscientious rap.  He specifically calls out Jimmy Iovine, Rick Cummings, President of Emmis Broadcasting, Ebro Darden, PD at HOT 97, and a host of others.  Check out his open letter/petition below. Tell us what you think…
“When I decided to leave the music industry this past January, I released a public “resignation” letter titled “Confessions of a Failed Hip Hop Publicist” describing my personal experience in the business as well as my growing disgust with the corruption, carelessness and lack of originality in popular rap. The feedback I received was overwhelming and confirmed the fact that people around the world are tired of music which glorifies violence, crime, misogyny, drugs and other dangerous behaviors. Year after year,the mainstream industry aggressively promotes rap music which celebrates irresponsible and criminal behavior while ignoring the countless conscientious rap artists who deserve the same amount of publicity. Record companies, TV networks and radio stations make millions from this type of music which we all know has a huge influence on young people. While it is far from being the only contributing factor to the various ills plaguing our youth, mainstream rap music undoubtedly plays a significant part. At a time when Black communities are suffering due to high unemployment rates, limited access to quality health care, gun violence, failing schools, teen pregnancy and institutionalized discrimination, the last thing we need is a “musical soundtrack” to accompany these conditions. However, seemingly unbeknownst to industry executives, an increasing number of teenagers are also tired of negative rap music and have tuned in to the underground scene for alternatives. This could explain why rap music was virtually absent from the top 10 chart in 2012 and why sales are going down at an alarming rate.
I started this petition to let music industry executives know that:
A) There is indeed an audience for more “conscientious” rap music.
B) Providing those fans with the music they want is profitable.
C) Promoting more creative and conscientious rap music will positively impact young people which is a win-win for everyone involved.
We are seeking balance in mainstream rap music by asking that the following listed executives give an equal amount of marketing, publicity and airtime to more positive and conscientious rap artists who are either already signed but receiving very little exposure or unsigned but deserving of a deal. A committee consisting of artists and independent music tastemakers has been set in place for any company who may require assistance identifying artists who fit the “conscientious” category.
Record Companies:
*Jimmy Iovine, CEO of Interscope
*Joie Manda, President of Def Jam
Radio:
*Rick Cummings, President of Programming, Emmis Communications (Hot 97 and Power 106)
*Alex Cameron, Station Manager at Hot 97
*Ebro Darden, Program Director at Hot 97
*Val Maki, Station Manager at Power 106
*Jimmy Steal, Program Director at Power 106
Let’s make better decisions that will positively impact the music industry, rap artists and those young and impressionable music fans who can only benefit from being exposed to more positive rap music.