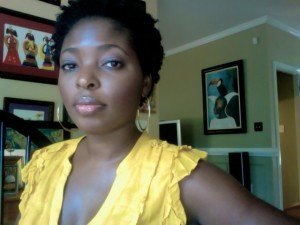 Denene Millner is a journalist who was the ghostwriter for   Steve Harvey’s “Act Like a Lady, Think Like a Man” states the assignment that is now putting her on the map was “a total fluke.” Talk about taking chances? She landed a book deal after writing an article for the New York Daily News, and since then has written 20 more books, including Steve Harvey“˜s New York Times-bestseller Act Like A Lady, Think Like A Man.   “It’s really crucial that the person who’s writing the book trusts me,” she explained. “It’s extremely difficult to walk into a project with someone who doesn’t trust that you can deliver. There’s nothing worse than working with someone who doesn’t trust you to do your job. And that’s whatever you’re doing. You could be bagging groceries at Kroger. If someone doesn’t trust you not to put the eggs underneath the milk, they’re going to give you a hard time for it.” source Media Bistro