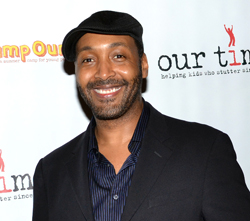 Well, it seem as if Marvin Gaye III, the son of the late Marvin Gaye will get his way. He had previously expressed serious contempt about Lenny Kravitz portraying the Motown legend in an upcoming biopic, calling it “shameful.” Lenny is out and Jesse L. Martin has now signed on to play the soul music legend.
The film which is produced by James Gandolfini, is entitled “Sexual Healing.” Kravitz was first cast in Julien Temple’s take on a portion of Gaye’s life in November. Temple remains on the project. The project is slated to start production later this month, so it seems Gaye III has come to terms with the plans.

<a href="https://radiofacts.com/black-father-arrested-paying-child-support-visiting-son-much-video/" rel="bookmark" class="td-image-wrap " title="Black Father Arrested for OVER Paying Child Support and Visiting his Son Too Much?