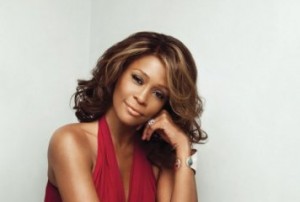 Unbeknownst to many, the FBI has released its records regarding three investigations conducted by the bureau on behalf of Whitney Houston. The files show a few interesting things, including the fact that the FBI investigated an alleged extortion attempt in 1992 but determined no crime occurred. They also looked into possible criminal threats against Houston in fan mail sent to the FBI in 1988 and 1999, but found no evidence of the threats there as well.
It was reported to the AP tha the 128-page file doesn’t contain any new personal details of the late singer. It does show that Whitney Houston was interviewed at the New Jersey offices of her management company regarding the extortion attempt. As we all know, Houston, who was also known as “The Voice” was found dead on February 11th, 2012. Her death was ruled an accidental drowning, but authorities also said her death was caused also a combination of cocaine use and heart disease. You can see the actual document here > Whitney’s FBI File