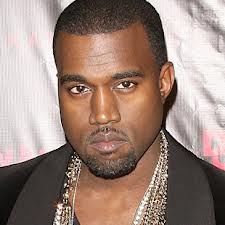 Hip-hop mogul Kanye West has shocked UK fans by scheduling a trio of last-minute live dates at London’s HMV Hammersmith Apollo. The first two gigs, scheduled for 23 and 24 February, were announced on Zane Lowe’s Radio 1 show, with the DJ tweeting the news shortly thereafter. A third show on 1 March was announced on Monday, 18 February owing to popular demand.
The artist’s last live outing in the UK and Europe was in 2012, when “Yeezy” and his Watch the Throne partner Jay-Z embarked on a major arena tour of the same name. West, who is expecting his first child with girlfriend Kim Kardashian, has maintained a staple presence in the headlines both for his personal life and his creative efforts (the last of which was 2012’s collaboration album Cruel Summer).
The forthcoming London shows offer the rare opportunity to see the massively popular West in a more intimate setting. The rapper is accustomed to playing venues the size of London’s O2 Arena and New York’s Madison Square Garden, where he last headlined a Hurricane Sandy relief concert in December of last year. Since last week’s announcement, the musical rumour mill has been working overtime, with soothsayers predicting that West will debut new material at the gigs.
The shows have generated a huge amount of public interest, with fans rushing to purchase tickets upon their release. Online ticket marketplace StubHub.co.uk offers fans who perhaps missed out on the initial release a second chance at seeing the platinum-selling artist live.