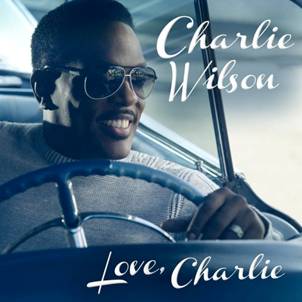 New Single, “My Love Is All I Have,” #1 on Billboard Chart for Two Consecutive Weeks!

Wilson, whose career began with his brothers as the incomparable and legendary GAP Band, has been enjoying an extraordinary solo career which has resulted in Grammy nominations for his last two albums, Uncle Charlie and Just Charlie.   The latter release spawned the chart-topping hit “You Are” which held the #1 spot on Billboard‘s Urban Adult Contemporary chart for 13 consecutive weeks!

Throughout his successful career as a solo artist, Wilson has also collaborated with numerous chart-topping artists and producers including Snoop Dogg, R. Kelly, Kanye West, Jamie Foxx, Fantasia, T. Pain, and Justin Timberlake. Most recently, he performed on the 2012 Soul Train Awards with 2 Chainz and for the United Negro College Fund’s “An Evening of Stars” where he performed his new single and the classic GAP Band hit, “Yearnin’ For Your Love” with Tyrese.   He was also honored by the Trumpet Foundation with a Lifetime Achievement award; which   will air on TV One on March 31, 2013 (please check local listings for the time).

One of this generations most dynamic and entertaining live performers, Charlie Wilson will be bringing the essence of Love, Charlie live to the stage for a series of performances to celebrate Valentine’s Day. Visit www.charliewilsonmusic.com for ticket information.