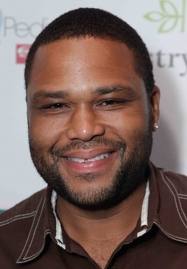 If you haven’t had the chance to check out actor/comedian, Anthony Anderson on NBC’s, Guys With Kids, he looks great! He has shed quite a few pounds and is seizing the moment by promoting a healthy lifestyle while trying to take his career to the next level.
On January 26, you can see him hosting the UNCF An Evening of Stars on the BET network.  With a special presentation by Multi-Grammy Award Winner Usher and a wonderful array of  performances by Yolanda Adams, Charlie Wilson, Keyshia Cole, Trey Songz, Tyrese Gibson, Melanie Fiona, Eric Benet, and more, this is guaranteed to be a night to remember.
Tune-in at Anthony Anderson hosts the 34th annual UNCF An Evening of Stars ® Educating our Future Presented by Target. The show premieres nationwide on Saturday, January 26 (check local listings for stations and times) and airs on BET Networks on Sunday, January 27, 2013 at 10:00 p.m. EST. The nationally televised variety show focuses public attention on America’s need for more African American college graduates and UNCF’s work getting students to and through college.
The show features Grammy-Award winner and founder of the New Look Foundation, Usher Raymond, presenting a four-year college scholarship to Milwaukee, Wisconsin high school senior, Ammon Lyle. Additionally, superstars (read more click “next”) 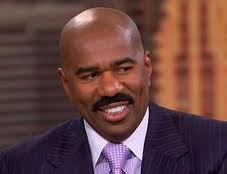 Steve Harvey, Kevin Hart and Chaka Khan will present scholarships to deserving college and college-bound students.
The national audience will be electrified by performances and appearances by some of the hottest names in entertainment including Chaka Khan, Yolanda Adams, Charlie Wilson, Keyshia Cole, Trey Songz, Tyrese Gibson, Melanie Fiona, Eric Benet, Tracee Ellis Ross, Keenan Ivory Wayans and many more.
“I hope everybody tunes in and donates from the bottom of their hearts and the bottom of their pockets,” said Anderson. “Unfortunately, over 60,000 students apply for scholarships and financial aid every year and UNCF is able to award scholarships to just 15,000 who need help going to college. That’s why I’m a part of what UNCF is doing and I’m here for the long run.”
“UNCF is delighted that stars like Usher, Anthony Anderson, Steve Harvey, Yolanda Adams, Kevin Hart and Chaka Khan have agreed to make our cause their cause,” said UNCF president and CEO Michael L. Lomax, Ph.D., “performing for the UNCF An Evening of Stars national audience and introducing UNCF’s “rising stars” — the high-achieving students who, thanks to UNCF, are getting the education they need to compete in the 21st century economy. The country is facing a crisis in African American education, and UNCF, BET and our galaxy of rising and established stars are determined to do something about it.”
“We are very excited to be a part of this inspirational night,” says BET Networks Chairman and CEO Debra Lee. “Historically black colleges and universities hold a special and important role in the African American community and we are honored to help raise funds and awareness to support the education of the next generation of leading African American professionals.”