Volume 32 had the chance to chop it up with one of R&B’s best male crooners that arguably possesses one of the top five voices in the business, Mr. Johnny Gill. Whether its performing gospel with his family, singing duets with Stacy Lattisaw, taking New Edition to the next level, getting his grown man on with LSG, or driving women crazy with his classic hit, “My My My,” Johnny Gill or JG as many call him, has stood the test of time and every twist and turn that industry has thrown at him. We talked to him about the industry, the evolution of R&B, the dynamics of being in a group, lack of respect in the industry, and what does it take to be “Still Winning.” Find out what Johnny had to say…
(read more click “next”) 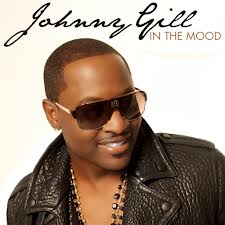 Volume 32 :  Are you pleased with the evolution of R&B music and the various sub genres that are categorized as R&B music that you hear on the radio?
Johnny Gill:  I think R&B is still R&B. It definitely has different trends. If you think about Neo-Soul, its nothing but R&B except they name it something different. It’s soul music. It’s nothing that hasn’t been played before. There are no keys or chords that we haven’t heard already. Overall, when you think about the beat and the production, it changes because the technical aspect of making music has changed. If you listen to a record that was recorded in 1980 versus a record that was recorded in 2008, you hear different dynamics that changes the sound of the music but in the end it’s still R&B. When I listen to the radio today and hear some of the different (read more click “next”)elements that have been added, it’s still R&B to me.

Volume 32 :  The title of your latest project is, “Still Winning.” What is about you and artists like you that allow you to still win at this stage in your career? You still put out albums, tour frequently, and seem to be having fun doing it so what does it take?
Johnny Gill:  I wish I could pinpoint it but I think i’m lucky! Its a combination of that and I being true to myself and what I enjoy. That should be true for any artist, whether you are new or have been in the game for a long time I think you have to be true to yourself and know who you are. I think it gives you a better shot at connecting with an audience and building fans. You can be influenced by other people and their music but don’t lose yourself in that process. Enjoy the music and   go out and make your own based on that influence.  I think once a person finds their niche then they have found themselves. I think that is very important. 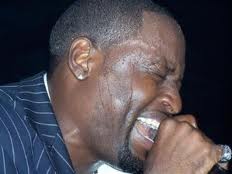 Volume 32 : I once heard a rumor that you didn’t like the song “Boys to Men” from the New Edition, “Heartbreak” album when it was first presented to you. Is that true and if so how come you didn’t like the song? I personally and many others think that song is a classic so I’m trying to figure out what were you thinking.
JohnnyGill: Oh yeah! That was during an era and time that I was just coming in and we were getting all these great songs like “Can You Stand The Rain” and I was sitting here (read more click “next”)thinking, how come I can’t get this song to myself or a song like this to myself. I mean, “Can You Stand the Rain” is a great song! Then in a meeting and I was told there was a possibility I wouldn’t have any songs and that I would probably be doing back ground on most of them. I said, no problem, I’m a team player so if that is the purpose I’m going to serve here then so be it . I remember when they finally gave me that song (Boys to Men) and I’m sitting up here thinking that just gave me some bull to throw me a bone. It was like at that point, I’m going to show you who you are playing with or who you are messing with. It didn’t matter what I was thinking that I had giving me at that time, I wanted to prove a point. After it was all said and done,   I remember how funny it was to see everybody coming in the room one by one once I recorded it like WOW! I really sang that song with a vengeance! (LOL) 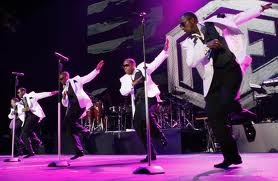 Volume 32 :  Although you have that incredible voice, what is it about you that draws you into the group dynamic? You are a part of New Edition, LSG, you did duets with Stacy Lattisaw, and you even were in a gospel group with family.
Johnny Gill:  I enjoy doing what I do as a solo artist and I like the fact that I don’t have to be locked into one thing. I don’t like to be pigeonholed. What I have done over my years in the game and its not by coincidence, I have allowed myself to reinvent myself or have options of other things to do artistically and that keeps me excited. I’m a Gemini, I can get bored easily so I need a change of pace and I like to match my talents with talented people.
Volume 32 :  What New Edition song is the hardest to perform on stage in regard to the dance moves coupled with the vocals?
Johnny Gill: Wow, that is really good question! Gosh, that is a good one. I would probably have to say “If It Isn’t Love.” There are some moves in there that are really intricate. Yeah, the movements, the switches we have to do, crossing, moving back, the mic stand, keeping your hands here, (read more click “next”) yeah that is the one. We all have to be in sync for that one to work right. 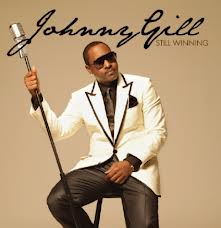 Volume 32 : Speaking of making things work right, if there was one thing you could change about the industry, what would it be?
Johnny Gill: This may be so far off in left field but back in the day the labels used to make you go to a school. They would do these little things where they taught you how to speak in interviews. They really groomed you. If there was something I could change about the industry today, it would be to get the artists back to the basics of being groomed…Groomed enough to articulate and give respect to those that have opened the doors for us to allow us to do what it is we love to do. It really pays tribute to the hard work our forefathers and ancestors put forth. I love seeing great people like that respected and loved especially if they are still living. One of my absolute favorite people on the planet is Stevie Wonder. I idolize Stevie and he has been such a great example and a mentor for me. I wish everybody had someone like that to mentor them. I wish the industry could make people that are coming in here define what respect is and how to respect the game, the music, and those that came before so its keeps a certain level of integrity.
Stay tuned for Part II when Johnny speaks on his childhood crush, what it takes to be a great performer, and being happy.