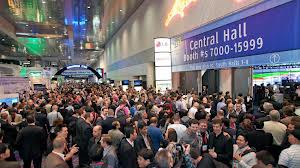 Overall CES (Consumer Electronics Show),  was an amazing experience. From cellphones, flat screens, automobiles, to headphones and everything in between the tech world is on display covering the span of 1.9 million square feet and spread across the Las Vegas Convention Center, The Venetian, and Mandalay Bay.
You see some of everyone and everything throughout the week long extravaganza. This year, headphones seemed to the be the most popular gadget on display. SMS Audio, Skullcandy, Beats by Dre,


Parrot Zik, Monster and too many more to name caught the attention of most. Even Ferrari had their new headphone collection on display.  Also, Cloud technology is the where its at. Almost every display someone was speaking on Cloud technology.  With tech geeks talking gadgets, gizmos, and gigabytes, you may be lead to think its a convention for the nerdiest of nerds but I would be to differ.  Whether its 50 Cent trying out the new Nikon camera, Alicia Keys performing at 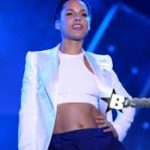 the Monster Audio after party, a DJ spinning a little hip hop music at the Ford Motors booth, or the CEO of a new start up pitching  his new product like  his life depended on it at the Last Gadget Standing showdown, its an entertaining and learning experience.
Besides that, its a great way to meet the CEO’s, Marketing Directors, and other suit types that make the big decisions at these corporations. While they are not on stage giving presentations or doing Q&A’s, they are walking around like everyone else.  If you are trying to make connections, CES is definitely the place to be and if not for that, at least go to win a free car,TV, or something.
If you plan on going in 2014 here are a few tips for you:
1. Bring your walking shoes
2. Be prepared to network; everyone is READY!
3. Bring a camera; you never know who you may see.
4. Take advantage of the shuttle buses
5. Start early; you avoid the massive crowds
6. Have an agenda each day; way too much to cover
7. Pay attention and bring an empty bag: there are giveaways everywhere.
8. Go at least one after party; its funny to see a few tech guys huddle up to encourage each other to talk to a group of women..LOL
9. Download the CES Mobile App; Its pretty awesome!
10. Have fun and try out the gadgets.
Stay Tuned because we will be posting the top 10 must have gadgets but for now check out this SWEEEEEEET, Aston Martin that was on display! 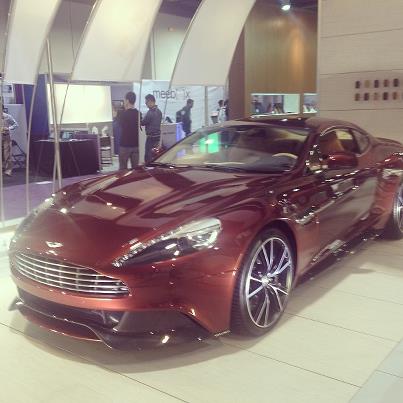