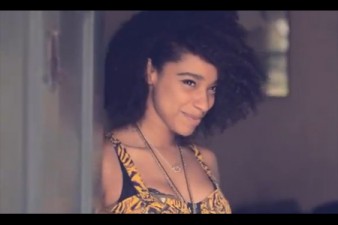 2013 ESSENCE BLACK WOMEN IN MUSIC WILL RECOGNIZE THE CUTTING-EDGE TALENTS OF LIANNE LA HAVAS AND SOLANGE KNOWLES
ESSENCE, the preeminent media brand for African-American women, continues its commitment to recognizing excellence and achievement during its 4th annual ESSENCE Black Women in Music event taking place on February 6, 2013 in Los Angeles. The invitation-only, red-carpet GRAMMY ® Week event will highlight the contributions of Black women in music with a special salute to what’s current, what’s new and what’s next. Hosted by global, multi-platinum, GRAMMY ® Award-winning artist Kelly Rowland and ESSENCE editor-at-large Emil Wilbekin , the 2013 event will shine a spotlight on artists Lianne La Havas and Solange Knowles , who will each perform live sets as part of the celebration.
Each year, ESSENCE Black Women in Music brings out the music industry’s elite to celebrate the accomplishments of the most influential movers and shakers in the business. Launched in 2010 as a part of ESSENCE magazine’s year-long 40th anniversary commemoration, previous honorees include: Rowland; music industry veteran Sylvia Rhone; GRAMMY ®-nominated artist Janelle Monae; and GRAMMY-winner Mary J. Blige.
“What makes ESSENCE Black Women in Music so distinctive is that we are able to highlight the success of amazing African-American women in music, who are not only changing the game, but also creating the rules,” said ESSENCE editor-in-chief Constance C.R. White. “At ESSENCE, our dedication to showcasing the unique contributions of Black women runs deep — whether through the magazine or during our annual ESSENCE Festival. This year, we look forward to recognizing the incredible gifts of Lianne La Havas and Solange Knowles, who are each making their own inimitable mark on the industry and around the world.”
“The contributions of Black women in music, whether on the stage or in the boardroom, are vast and impressive beyond measure,” said ESSENCE president Michelle Ebanks. “ESSENCE is committed to honoring the diversity and creativity of both emerging and established artists during this annual event, and we thank our partners, Lincoln and My Black is Beautiful, for their role in advancing the achievements of Black women.”
ESSENCE’s exclusive February 2013 issue GRAMMY Insider package (on newsstands on January 11th) will also feature 28 Days of Black Women in Music — a timeline of moments past, present and future celebrating women who rock all month long, including mainstays: Rihanna, Beyonce, Mariah Carey and Lauryn Hill; as well as a new generation of artists including Azealia Banks, Emeli Sande, Gaby Amarantos and more.