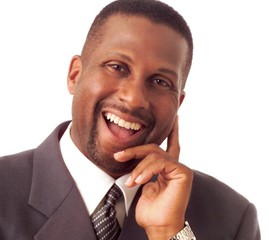 Excuse us while we ask Tavis one simple question. What in the hell is wrong with you?A future without poverty? How about asking the company that advertises on your show to stop treating their employees like shit first? (Walmart). There are some people who will always be lazy and refuse to work, perhaps the rest of us should support them to realize Tavis’ dream? We don’t get this dude.
Just days before the presidential inauguration and Dr. Martin Luther King, Jr. holiday, broadcaster tavis smiley is bringing together a bipartisan dream team to discuss the creation of a national plan to cut poverty in half in 10 years and eradicate it in 25. With the call for a national White House Conference on the Eradication of Poverty in America, Smiley and the panelists ask for a laser-like focus on the lives of 50 million Americans living in poverty on the brink of despair.
During this nationally televised conversation, “Vision for a New America: A Future Without Poverty,” panelists will also discuss proven solutions on how government officials can contain the wildfire of American poverty and will sign, together on stage, the online petition calling for the White House Conference. “Vision for a New America” begins 6:30 p.m., Thursday, January 17, 2013, at George Washington University, Lisner Auditorium, 730 21st St. NW, Washington, D.C. The event, sponsored in part by the Marguerite Casey Foundation and Opportunity Finance Network, is free and open to the public. Doors open at 5 p.m., and advance registration is required at www.afuturewithoutpoverty.com.
“America is teetering on cliffs and bumping against ceilings,” says Smiley. “This is no way to run a country. Together, we can devise a plan of attack to fight poverty in America. Ignoring this moral issue is an abomination.”
Confirmed and invited panelists include: Newt Gingrich , former Speaker of the House of Representatives; Michael Moore , Academy Award-winning documentary film director; Representative Marcia L. Fudge (D-OH), chair of the Congressional Black Caucus (CBC); John D. Graham , dean, Indiana University School of Public & Environmental Affairs and author of America’s Poor and the Great Recession; Rose Ann DeMoro , executive director of National Nurses United; Jonathan Kozol , author of Fire in the Ashes: Twenty-Five Years Among the Poorest Children in America; Mariana Chilton , director for the Center for Hunger-Free Communities and associate professor of Drexel University School of Public Health; Jeffrey Sachs , director of the Earth Institute at Columbia University; Cornel West , Union Theological Seminary Professor and author; and others.
The conversation broadcasts annually LIVE on C-SPAN, and rebroadcasts three consecutive nights on tavis smiley on PBS beginning Tuesday, January 22 through Thursday, January 24, 2013. Additionally, the first half of “Vision for a New America” can be heard on The tavis smiley Show followed by the conclusion on Smiley & West, both distributed through Public Radio International (PRI), the weekend of January 18. Fellow citizens can also join the conversation streaming LIVE online at: www.USTREAM.com/visionforanewamerica and by using the Twitter hashtag #PovertyMustEnd. For additional information, visit www.afuturewithoutpoverty.com.
Immediately following the symposium, Smiley and West will embark on “The Poverty Manifesto Lecture Series,” kicking off Friday, January 18, 2013, at Butler University’s Clowes Memorial Hall, 4600 Sunset Ave, Indianapolis, IN. In addition, the tour will visit Kennesaw State University, Greater Burlington Multi-Cultural Resource Center, Dillard University, Radford University, Texas A&M University”“Corpus Christi in conjunction with Del Mar College, St. Cloud State University, and other colleges and universities to once again raise awareness of economic injustice and continue the clarion call for the White House Conference.
“With the 23 million or so Americans unemployed or underemployed, our new year’s resolution should be to address economic injustice in this country by continuing to put America’s middle class back to work,” said Smiley. “Now is the time to create a new vision for America.”