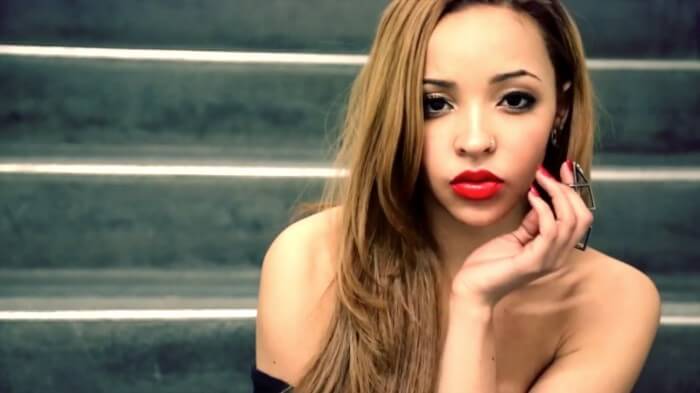 On Thursday, June 26, 2014, New York’s #1 Radio Station for Hip Hop and R&B, WQHT HOT 97, presents Who’s Next Live, featuring Tinashe with Mapei, Kreesha Turner, and Too Many Zooz. The Who’s Next showcase takes place at the iconic SOB’s venue in New York City, and is hosted by HOT 97’s own Rosenberg and Shani Kulture, plus music by DJ Juanyto. Who’s Next Live is the premier platform for new artists to show off their music for industry insiders and music trendsetters. Tickets are on sale now; click here for more info.Coming all the way from Los Angeles, California, the Who’s Next stage welcomes former model, Tinashe. Before embarking on her solo career, Tinashe was a member of the pop girl band The Stunners. After releasing two independent mix tapes, In Case We Die and Reverie, Tinashe signed to RCA Records in 2012, where she is currently working on her debut album, featuring the lead single, “2 On.” Tinashe describes her musical style as a mixture of “Black, rhythmic and pop”, with influences from indie, alternative, and Hip Hop.Joining Tinashe is Downtown Records’ very own Mapei, who’s credited for having a very indie and electronic music style. Originally from Rhode Island, Mapei spent the majority of her life splitting time between America and Sweden, becoming very diverse in both cultures’ underground music scene. Visuals for Mapei’s hit single, “Don’t Wait,” were released this past spring along with a remix featuring Chance the Rapper.Canadian recording artist, producer, songwriter and dancer Kreesha Turner will show off her versatile R&B, jazz, and dancehall vocals. Her Jamaican roots have helped her become a diverse staple in the Canadian music scene, and she is ready to take America by storm! Kreesha Turner is currently working on her third studio album, tentatively entitled Evolution Inevitable, which showcases her new direction of sound.Lastly, Harlem natives Too Many Zooz will take over the Who’s Next stage. Noted by the New York Post (April 17, 2014) as the best thing in the up-and-coming New York City music scene, Too Many Zooz uses live instruments including saxophones, trumpets and electronics in their performances. Thanks to a YouTube video of the trio’s subway performance going viral, Too Many Zooz and their self-dubbed “brass house” sounds are ready for the Who’s Next stage!Who’s Next Live takes place at SOB’s located at 204 Varick St. New York, NY. Doors open at 8 p.m. and the show starts promptly at 9 p.m. (21 and over, identification will be asked upon entering the venue). Tickets for the show can be purchased here. For more information on HOT 97’s Who’s Next Live visit HOT97.com.

KATY PERRY TO HOST AND PERFORM ON TEEN CHOICE 2010

Trey Songz on The Breakfast Club Radio Show, Talks about Marketing and the Music Industry

YG Does Album Release Party at Hot 97.5 in Vegas

KE$HA CATAPULT$ BACK INTO THE BILLBOARD TOP 10