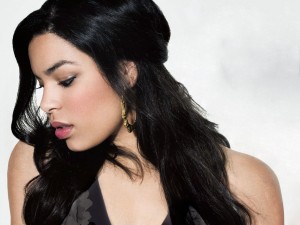 Track and video “Everybody” with Jordin Sparks, Doug E. Fresh and featuring guest-rapper Dr. Oz released as a world premiere exclusive on The Dr. Oz Show June 3, 2013.Dr. Mehmet Oz flexes his rapping skills on the first track and video release of, “Everybody” released today on the Dr. Oz Show. Dr. Oz is joined on the song by American Idol-winner Jordin Sparks, Doug E. Fresh, Ryan Beatty and the Hip Hop MD. The track is featured on the album, Songs for a Healthier America, produced by Partnership for a Healthier America (PHA) and Hip Hop Public Health (HHPH), and is designed to motivate kids to make healthier exercise and wellness choices.PHA and HHPH, two like-minded organizations, have teamed up to inspire children to believe in themselves, be more physically active and make healthier choices with a multi-genre musical compilation album which includes several original tracks that targets each of these themes.From the “Let’s Move Anthem” featuring Doug E. Fresh, Artie Green and Chauncey Hawkins to “Just Believe” with Ashanti and Artie Green to the single “Everybody” performed by Jordin Sparks, Doug E. Fresh, Ryan Beatty, Hip Hop MD and Dr. Oz, these songs are aimed to get kids and adults alike up and moving. In addition, targeted exercise and educational messages about exercise and healthy eating are interspersed between songs. The album is available for free on PHA’s website: www.ahealthieramerica.org/songs.”This album is about more than just a great message and it’s about more than great music,” said PHA’s Chief Marketing Officer Drew Nannis. “It’s about making the healthy choice the easy choice. Making healthier decisions doesn’t have to cost a lot, doesn’t require special apparel and doesn’t call for membership cards. The simple act of getting up and dancing is a great way to get active and this album ““ and the dozens of generous musicians who helped make it possible ““ can help show us how. The added motivation of trying to do the Dougie better than Dr. Oz doesn’t hurt either.””For years I have known that we need to reach children in the formative years to educate them to live a life of prevention,” said Dr. Mehmet Oz, host of The Dr. Oz Show. “The best way to do this is to build a bridge with the artists that they see on television and listen to. When someone like Doug E. Fresh shows our youngsters that health can be fun and cool, we are winning the battle. Hats off to the Partnership for a Healthier America and the First Lady for seizing this teachable moment.”This album is the result of an innovative collaboration between musicians, physicians, public health researchers, entertainment industry professionals, health advocates and school-aged children. These contributors all recognize the need to address the epidemic facing America’s youth and America’s future and help them make better decisions.The Hip Hop Doc and Founder of Hip Hop Public Health Dr. Olajide Williams added: “We believe that music built on cultural cues can inspire kids and families to make healthy choices. Its ability to immerse and transport the mind is a great attribute for any educational tool. Throughout history, music has been a great teacher and motivator, from ABC’s and nursery rhymes to religious hymns and national anthems. It is time to harness this power for health.”Track List:1] U R What You Eat Ft Salad Bar (Matisyahu, Ariana Grande, Travis Barker)2] Everybody Ft Jordin Sparks, Doug E. Fresh, Dr Oz, Ryan Beatty, Hip Hop MD3] Let’s Move Ft Doug E. Fresh, Artie Green, Chauncey Hawkins4] Just Believe Ft Ashanti, Gerry Gunn, Artie Green, Robbie Nova5] Veggie Luv Ft Monifah and J Rome6] Hip Hop FEET Ft DMC and Artie Green7] Stronger Ft Shayna Steele, Jeremy Jordan, Our Time Theater kids, and E-Street Band guitarist Nils Lofgren8] Give myself a try Ft Ryan Beatty9] Jump Up Ft Brady Rymer and the Little band that Could10] Hip Hop LEAN Ft Artie Green11] Pass the Rock Ft Iman Schumpert and Artie Green12] Good Living Ft Ashton Jones13] Beautiful Ft Daisy Grant and Artie Green14] Change the game Ft The Happiness Club, featuring Naledge15] Wanna Jump (Let’s Move) Ft Paul Burch16] Mother May I Ft Amelia Robinson17] We Like vegetables Ft Los Barkers!18] Get Up Sit Up Ft Babi Floyd19] One step forward Ft Samite