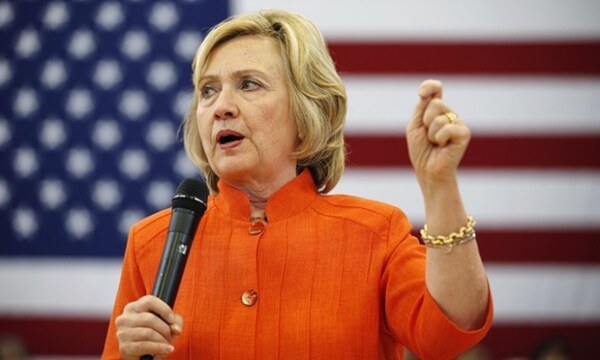 Hillary Clinton was in Sin City yesterday to discuss a few sins of the government and the laws that lead to incidents like the “legal” murder of Trayvon Martin and the mass incarceration of Black men and women in this country. As the Democratic presidential candidate hopeful, Hillary Clinton answered questions at a town hall addressing a range of topics regarding race, law enforcement, and gun regulations.
At one point Hillary was looked at as the shoe-in candidate for the Democratic party but Bernie Sanders has made a remarkable jump in the polls. It’s very apparent that both candidates understand how important the Black vote is as they both have been frequently speaking about the the lack of justice in the Black community. Take a look at the clip to see what Mrs. Clinton has to say about these issues.