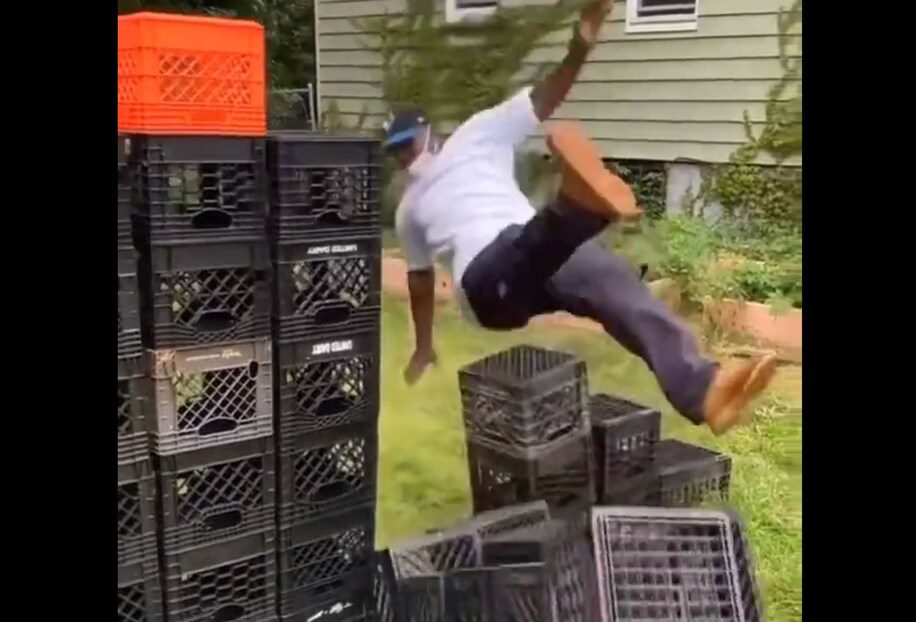 This past weekend on August 22 several black men were filming the crate challenge when shots rang out. They were filming outside the Linwood Public Charter School. You can hear the shots ring out. Two people were shot

The men were filming the challenge outside of the Linwood Public Charter School. KSLA News 12 initially reported that two people were shot outside the school at 5:36 p.m. Police were called later to the Circle K on East 70th Street at Gilbert Drive where another shooting victim, a woman, was found dead in the back seat of a car at 6:11 p.m.

A police official reported that one person had said he had tried to drive away after the shooting but then stopped when realizing the woman in the car had died.

There is no question that the Crate Challenge is getting out of hand. First and foremost, if you have ever bumped into one of these crates you know it’s very hard plastic and it hurts like hell but over the last couple of months, we have seen people smash their heads into them, break their arms and legs and seriously injure themselves in other ways even spinal injuries.

You would have to ask yourself what would make people do something so crazy for entertainment? Who knows, but people seem to really enjoy it and then they chime in with a collective “ooooh” or “ahhhh” when the person falls.

Here a few people are doing the challenge when something else happens, shots ring out and you can hear one of the guys saying “Where’s my gun, Where’s my gun.”

In the comments, someone called it “Hoodlympics” but at the end of the day this challenge is probably one of the most insane that we have seen online. W saw one yesterday where an older lady was doing it with flip flops on and broke her wrist when she fell.

No doubt people are bored right now and looking for ways to entertain themselves as we head back into lockdowns for the fall but ending up in already crowded hospitals from COVID is not the answer.

This challenge is so dangerous that someone could end up paralyzed. Let’s hope that doesn’t happen or better yet that the challenge is over soon.

Perhaps that is what it will take to make people realize how bad this challenge is. It would not be a great idea for someone to wake up 20 years from now and realize this challenge has put them in a wheelchair for life.