Tyra Womack, an announcer on WEAA-FM’s weekly “Gospel Grace” radio program was murdered outside her home in Baltimore over a neighbor dispute on Wednesday. 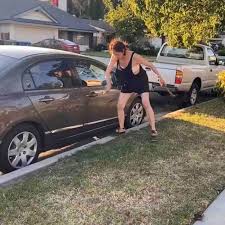 Baltimore police were called around 9pm last night to her home where they found the 57-year-old had been shot. She was pronounced dead shorty after ariving at the hospital. A spokeswoman for the BPD stated it was a “senseless, tragic murder.”

The station tweeted: “WEAA offers condolences and prayers to the family of our beloved Tyra Phillips (Womack). We are heartbroken about her passing and remember her beautiful, gentle, sweet spirit today. Tyra was heard on Sunday’s Gospel Grace programs for many years at WEAA,”

GIVĒON ANNOUNCED AS APPLE MUSIC UP NEXT ARTIST