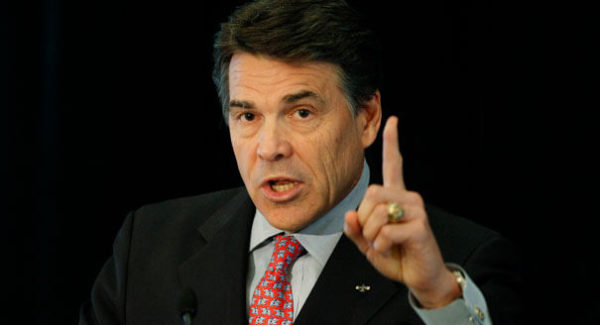 This morning, Governor Rick Perry said the debate in the Texas Governor’s race over equal pay for women is “nonsense,” and that the candidates should instead focus on “substantive issues.”

Well, for Texas women, whose median income is $9,349 less than their male counterparts, equal pay is not only a substantive issue, it’s a crucial economic issue for families across the state.

In the past few weeks, Republicans and Texans have said women are too “busy” to fight for equal pay, that they should be better “negotiators” like men, and their gubernatorial candidate Greg Abbott has made his position clear – he does not support legislation that would bring Texas women closer to pay equity.

But they’re not alone…

Across the country, many Republican leaders and 2016 presidential hopefuls have voiced similar positions – from blocking the Paycheck Fairness Act to working at the state level to make it more difficult to achieve parity.

· Walker’s Repeal Of The Equal Pay Act Meant Women Could Not Sue If They Were Paid Less Money For The Same Work Nor Could They Even Find Out If They Were Being Paid Less Money For The Same Work. “We mentioned earlier governor Scott Walker on Good Friday repealing the equal pay for women act in Wisconsin. Women now in that state can’t sue if they are paid less money for the same work. They can’t find out if they are being paid less for the same work.” [CNN, Starting Point With Soledad O’Brien, 4/16/12]

Christie Vetoed An Equal Pay Bill – Indented To Prevent Gender Wage Discrimination In Public Contracts – Calling It “Senseless Bureaucracy.” Assemblywoman Pamela Lampitt wrote an op-ed describing her struggles with Christie over equal pay legislation: “When Gov. Chris Christie had a chance to sign legislation I authored to prevent gender wage discrimination in public contracts, he vetoed the bill, calling it ‘senseless bureaucracy.’ As chairwoman of the Assembly’s Women and Children Committee, I sponsored a package of four bills designed to ensure pay equity for women in New Jersey. The bills were approved and sent to the governor’s desk for his signature. Of our four bills, he vetoed three. But he reserved his harshest criticism for our efforts to eliminate gender wage discrimination in certain types of public contracting.” [Op-Ed Pamela Lampitt, Star Ledger, 10/23/12]

Ryan Referred To Equal Pay Legislation As “Some Obscure Vote.” RYAN on equal pay legislation: “What women are asking me about is not some obscure vote or something like that.” [WKMG, Orlando FL, 8/20/12]

Jindal Vetoed Legislation To Create An Equal Pay Task Force For All Workers. “On the wage front, SB 577 was designed to create an Equal Pay Task Force that would have made recommendations to help close what the bill’s sponsor, Sen. Karen Carter-Peterson (D-New Orleans) called ‘one of the nation’s largest pay gaps… Jindal said he vetoed the bill because it would take funds away from services for the disabled.” [NOLA Defender, 6/9/13]