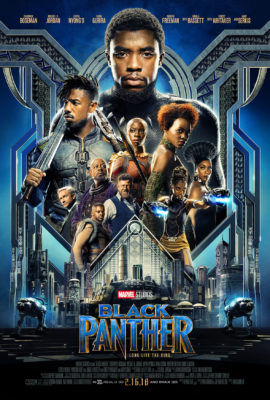 The nominations for the Grammys have arrived and one thing is perfectly clear: film music killed it in 2018. Leading the pack is Kendrick Lamar (eight nominations) behind the strength of his helmed Black Panther soundtrack, including a number of nominations for his song “All the Stars” (with SZA).Bradley Cooper’s A Star is Born was not nominated for Album of the Year, but his song “Shallow” with Lady Gaga was nominated for Song of the Year, Record of the Year, and Best Pop Duo/Group Performance.Drake also had a good year, with seven nominations including Album of the Year for Scorpion. What is perfectly clear is that the plethora of strong contenders almost guarantees there won’t be a hard sweep by any particular artist this year.