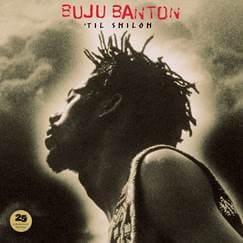 The collector’s edition includes the original recordings of the critically acclaimed album, plus three new bonus tracks mixed by Buju Banton, exclusively. “Not An Easy Road”, “Wanna Be Loved” are remixes from the 1995 debut, and “Come Inna The Dance” is a new track that he initially recorded but didn’t make the original album.  With surprises in store, Buju kicks off his interactive digital experience, giving fans an exploration of instruments and their sounds tracing them back to Africa.

Buju Banton, the innovator and global icon, shows much gratitude, remembers ‘Til Shiloh with a short but satisfying memory:

“I listened to that inner voice and I was not misled, the Lord is truly amazing. Thanks to everyone.”

The quintessential artist, Buju Banton celebrated his return to the worldwide stage with the history-making Long Walk to Freedom Concert. Then, Buju reminded the world of his meteoric star power, with his first full-length studio album in a decade, “Upside Down 2020”, the album that was a victory lap, celebrated globally, with “Memories” becoming #1 most added at Urban AC and delivering a #1 on the iTunes reggae chart.

As well as, appearing on The Daily Show with Trevor Noah, The Tonight Show with Jimmy Fallon, with critics and fans all echoing the sentiments of FADER declaring Buju, “A national hero… he is as much a singer as he is a hallmark of Jamaican culture.”