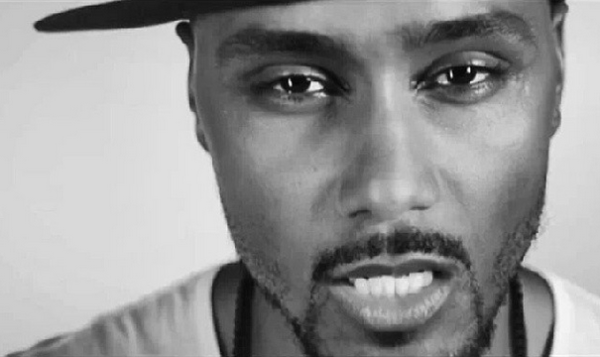 RedStar Entertainment is proud to announce that Billboard Chart Topping artist, George Tandy, Jr. will be joining Grammy Award-winning recording artist, Marsha Ambrosius, on her “Friends & Lovers” Live Nation Concert Tour this week.Tandy’s first scheduled appearance on the Ambrosius tour was held Thursday, March 27th, where he appeared at Saint Andrews Hall in Detroit, Michigan. He will also appear on the following tour dates:Friday, April 4th – Norfolk, VA at The NorvaSunday, April 6th – Atlanta, GA at Center Stage TheatreSunday, April 13th – Dallas, TX at House of Blues DallasThis announcement follows Tandy’s big week of interviews on nationally syndicated radio shows with Steve Harvey, where he received an unprecedented show of support on the steve harvey Morning Show and then the Rickey Smiley show, where Tandy made history, by being the first artist to ever play a song live on the Rickey Smiley Morning Show in Atlanta.Tandy’s debut single, “March” is soaring to the top of the iTunes Singles Chart and is currently holding strong at the #3 position on the Billboard R&B Singles Chart.”We are excited about the growth of “March” and humbled by the support that has been received, as it relates to the George Tandy, Jr. Movement,” said Cima Georgevich, CEO of RedStar Entertainment. “He is an amazing young talent and we are certain that this is just the beginning of many great things to come for him as an artist.””March” is distributed by RedStar Entertainment. Available on iTunes, Google Play, and digital retailers around the world.

Radio FactsNovember 27, 2020September 18, 2022
November 27, 2020September 18, 2022
FacebookTwitterInstagramYoutube
We use cookies on our website to give you the most relevant experience by remembering your preferences and repeat visits. By clicking “Accept”, you consent to the use of ALL the cookies.
Do not sell my personal information.
Cookie SettingsAccept
Manage consent