Frank Ski is one of my favorite industry people. His energy is always great and he's a great businessman with many ideas. 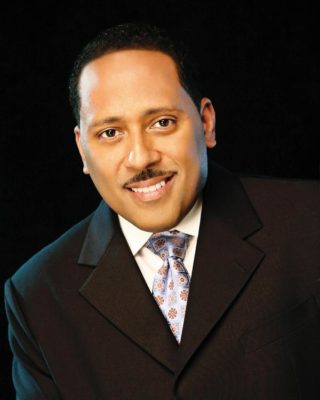 He is obviously not afraid to guarantee his own peace of mind and happiness even at the risk of losing wealth, as he explains in more detail why he left a what many Radio DJs consider to be a GREAT job at V103 in Atlanta this past December. Over the past eight months, I have seen Frank's postings on social networks and I have greatly admired that he never missed a beat. Instead of desperately trying to find another job, and discovering who his true industry friends were, Frank took the time to do a few things he had been avoiding because of his previously hectic V103 schedule.  It was evident that he was smart enough to invest in other areas or business from his radio tenure including his successful restaurant in Atlanta.

Kevin Ross: So I hear you will be doing the afternoon drive show at WHUR but there are more details to your deal. I’m sure Radio Facts fans would like to know more…

Frank Ski: Thanks Kevin, yes I will be doing afternoon drive as a partnership. I will launch the new show and I will be spending a year in DC doing the show before I move the show to another city. In exchange for the partnership, WHUR will syndicate the show from their studios for the first year. It enables me to own my own show and be in control of it and WHUR will provide the facilities and the wherewithal to put out the syndicated show. I plan to win in the DC market to open up more opportunities to syndicate.

KR: Is WHUR the only station that you have right now?

FS: Yes, we are working on more that I can’t disclose at this time. You’ve been in the business and you know that some of the major talk show guys started out in their homes and I needed to do it that way. I didn’t want to do it under someone else’s authority and then several years later try to negotiate to buy my own show back. I wanted to start off like this.

KR: The afternoon drive shift that you are doing at WHUR, wasn’t that were they were doing the contest?

FS: Yes, as a matter of fact, Tony Gray called me and asked if I wanted to do a week at WHUR after Baisden left. I didn’t know they were doing a contest until I got there. Once that happened the response was overwhelming because I’m from that area and the people in Baltimore really helped to gain even more votes. This was when I had the conversation with them about why I left V103. I wanted to do syndication and there was great synergy when we talked further. WHUR has been a station that has wanted to do more local talent.

KR: So you are the official winner of the contest

FS: Yes. Steve Harvey made the announcement on WHUR.

FS: Yes Nina my producer… I had to talk to my family about how we could work this out and we determined the best way to do it is I fly into DC Monday thru Friday and go home to Atlanta during the weekends

KR: So it’s interesting that you will be competing with D.L. Hughley for some of the Michael Baisden stations.

FS: I was also negotiating with Reach Media at the same time as he was and their vision is for a more music intensive show. I wanted just the opposite. I know that you write about this all the time and we’re from the same school. I really think that the elements of what makes a great radio station is great programming with great personalities it’s an equal piece of the pie. It all has to work together. Urban radio in this country now is all about programming and fill in the personality where you have space. I don’t believe in that. I think it should all be equal. D.L’s show will be different from mines and it won’t be as much a competition as much as it’s a choice for the station.

KR: A lot of people were scratching their heads when you left V103 without a job. What brought you to make that decision?

FS: What really convinced me that the Frank Ski brand was ready for syndication was that Atlanta is the only market that had ALL the syndicated shows at the same time. Rickey Smiley, Steve Harvey, Tom Joyner and Yolanda Adams. The local show was Frank and Wanda and we were constantly winning. There was a time that people in the industry thought a local show could not compete with a syndicated show. There was a conference when V103 called me to come to the station in 1998 and that was the subject of a panel …could a local show compete with a syndicated show. The general consensus was no, it was around the time when Tom Joyner was making headway. The thought was Tom Joyner had access to celebrities that local Radio DJs wouldn’t have. I knew that through my relationships I could get the same talent or even bigger talent on my show. The Frank Ski brand was bigger than Atlanta. CBS agreed but they thought it would take some of the revenue away from the station. We all had a great relationship and the deal was phenomenal, I decided to leave because I wanted to bring the lifestyle and conversation to more people.

KR: Have you ever regretted leaving the show?

FS: No, The only thing I missed was not being on the air during the Trayvon Martin situation. We liked to always present different sides of an issue on the Frank and Wanda show and what I saw was everybody was talking about the same thing and there was little dialogue. Everybody took the easy route and talked about the emotions etc. In Atlanta you have the five stations talking about the same things. You have Streetz 94 , Hot, Magic, WALR and V103 and at any one time you can hear the same song on all five stations. It seems everyone has the same playlist. I’ve been traveling around the country working on a new wine brand and every station in the country is playing the same thing. PPM has destroyed the creativity of urban radio.

KR: How important do you think it is that radio people manage their own careers instead of depending on corporations and stations only.

FS: PDs are SO busy that they don’t have the time to teach talent, they are programming several stations and have several jobs. They are doing everything and they don’t have the time to nurture talent. So YES you should manage your own career. It’s so incredibly unfortunate that many Radio DJs are being told what to do today by people who don’t live in their market. What may work in Atlanta may not work in New York or Dallas or Los Angeles. In Atlanta, if you see a black man walking down the street with a white woman, people look at you cross-eyed but in LA it’s the norm. Every market is different.

KR: V103 is programmed differently where the Radio DJs have more freedom to be themselves. Other urban stations can’t do that.

FS: You know in NY there is only one Funkmaster Flex he is THAT guy there and in Atlanta it’s Greg Street. There are ways that you can market yourself.

KR: I do think it’s unfortunate that we may never see another Wendy Williams in urban radio.

FS: The funny thing about Wendy is she was a success of her own failure. It was only a matter or time before she said something that could have gotten her removed from the air permanently.

KR: Now that you say that, I have to agree, there were several other Radio DJs in NY who did cross that line and lost their momentum. But at least Vinny Brown gave her the freedom that she needed to create that opportunity. Then again NY is a beast, you HAVE to allow Radio DJs freedom.

FS: At the end of the day, you have to ask yourself was it WBLS or was it Wendy Williams. It was Wendy.. She was just that popular.

KR: Before we wrap, I noticed that you recently took a trip to Europe, the pictures were great. What brought that on?

FS: You know Kev, I’ve been trying to take that trip for many years but every time I did, a new job came up and I had to postpone it. This time I told myself, I’m not working, I’ve got the time, I had garnered so many mileage points over the years that the trip was free and I decided to take it. It was GREAT. Man, I tell people you have to LIVE YOUR LIFE. I got SO many responses during the trip from putting the pics on social networks like “I have always wanted to do that,” “I really admire you for what you are doing,” etc. I’m glad I finally did it.

KR: What advice would you have for urban Radio DJs?

FS: I would say that if it’s not working it’s better to leave a situation and be happy than being miserable and making money. When you leave a situation that isn't working for you, you can see things for what they are instead of what they are worth. Being happy is the key. You should be happy going to work not miserable. Being off work allowed me to do SO many things I've wanted to do for years but never had the time.

Eva’s Corner: Are There Double Standards When Raising Teenagers? [VIDEO]

Money Matters With Jini Thornton: The Ins and Outs of Unemployment [EXCLUSIVE AUDIO]

News You Can’t Use: Gospel Artists Who Look Like They Can Fight [VIDEO]

Editorial: White Woman ‘Apologizes’ for Lying to Police About a Black...