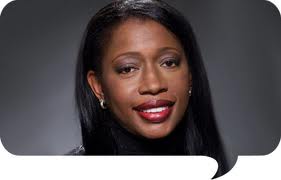 Global Renaissance Entertainment Group, Inc., an Arthur Wylie Enterprises company (www.ArthurWylie.com), announced today that it will celebrate the 20-year anniversary of the New York Times best-selling Flyy Girl novels by bringing the books to the big screen.Felicia D. Henderson will write and direct the film adaptation of Omar Tyree’s New York Times Best Selling Flyy Girl trilogy through her company, WaterWalk Productions. Best known for developing Soul Food for Showtime, Henderson has written for film, television, and theater. She’s currently the executive producer of BET’s Reed Between the Lines.”I’m more than excited to make my feature film directing debut adapting the iconic Flyy Girl novels. Writing the screenplay, and knowing I’m directing the film has been creative joy!” Henderson’s other credits include, Everybody Hates Chris, Gossip Girl, and Fringe. She is also on the faculty at UCLA’s School of Theater, Film, and Television where she teaches writing for film and television.Omar Tyree’s catalog of novels, which include Flyy Girl and two follow up novels, For the Love of Money and Boss Lady, have generated over $30 million worldwide for publishing giant Simon and Schuster. For the Love of Money garnered an NAACP Image Award for Outstanding Literary Work In Fiction.”This is a great day for Tyree’s fans,” says Arthur Wylie. “They’ve been waiting for something like this. Omar’s fans are deeply attached to these characters and we can finally give them something they can’t turn away from. I’m thrilled to be working with Felicia to finally bring these characters to life, utilizing a multi-platform format that leverages the tremendous built-in audience.”Wylie’s producing partner, Dale Godboldo states, “In celebrating the 20-year anniversary of Flyy Girl, we decided to make the story contemporary, while pulling in some of the key elements from the characters’ coming-of-age years, in order to stay true to the integrity of the book.”After acquiring the rights to Tyree’s complete library of 20 novels, Wylie brought John Mazzarino (Co-founder and Managing Director of Cherokee Investment Partners – a $2 billion investment fund) on board as an advisor, to assist in financing and producing entertainment-related content for global distribution, while supporting charitable causes. Productions will be in Georgia and North Carolina under the management of Wylie Studios, an Arthur Wylie Enterprises company currently developing facilities for entertainment production and education. Flyy is the first project on the slate, which is scheduled to go into production at the end of the year.”I’m excited by the opportunities ahead and look forward to collaborating with Arthur Wylie on his company’s compelling entertainment related projects,” said Mazzarino. “Under his management, we’re confident that this will be a profitable endeavor for all parties involved.”Through the Arthur Wylie Foundation and Cherokee Gives Back (www.CherokeeGivesBack.org), Flyy will donate a portion of its profits to projects that encourage entrepreneurship and economic development in underserved communities.”Working with Mazzarino and his team has been an amazing experience, particularly given their commitment to bridging smart investments with philanthropic pursuits, which is an ideal that we both share,” says Wylie, the venture’s manager.Henderson’s deal was negotiated by Mark Stankevich of Stankevich-Gochman LLP.