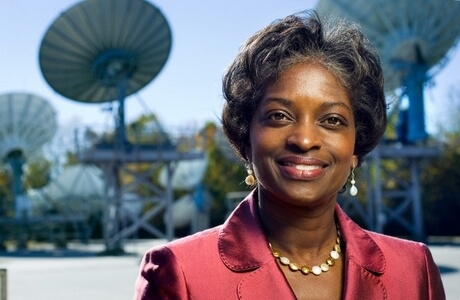 Making Good on the Promise of Independent Minority Ownership of Television Stations
by: Chairman Tom Wheeler and Commissioner Mignon Clyburn
Increasing minority ownership of television broadcast stations has been an often-stated, but elusive goal. While there is widespread agreement on the need for progress, there has been very little by way of new ideas to solve the twin problems of access and opportunity. For several years, the only path available to minority entrepreneurs required troubling financial dependency and constrained programming choices. With the Media Bureau’s approval of several transactions today, however, we see the emergence of new ownership models that will not only bring more independent voices to the station ownership ranks in a manner that promotes diversity, competition, and localism.
In total, the Bureau approved transactions that will result in ten new minority- and women-owned stations:
KPEJ-TV, Odessa, Texas, and KMSS-TV, Shreveport, Louisiana. Marshall Broadcasting Group, Inc., owned by Pluria Marshall, Jr., will obtain each of these stations from Nexstar Broadcasting, Inc. Mr. Marshall, an African-American media executive with extensive experience running television and radio stations, began his career at WLBT-TV in Jackson, Mississippi, later becoming Vice President and General Manager at WLBM-TV in Meridian, Mississippi. During his five-year tenure at WLBM-TV, Mr. Marshall tried to become a broadcast station owner four separate times, with each transaction falling through due to his inability to obtain financing. Nexstar will provide financial assistance for no more than five years after closing, with no express or implicit financial support after that date. Use of JSAs is limited to 15 percent of sales, the attribution floor established in the Commission’s JSA order. Marshall will acquire its own programming independently of Nexstar, other than the 15 percent of programming for which Nexstar will be allowed to handle advertising sales. This incubation arrangement addresses the difficulty that Mr. Marshall previously encountered in obtaining financing for a station purchase and supports the entry of a new independent voice in these local markets.
WEVV-TV, Evansville, Indiana. DuJuan McCoy, CEO of Bayou City Broadcasting Evansville, Inc. will become part-owner of WEVV-TV and will run the day-to-day operations; a private investment group will provide the money for the sale. His experience includes over a decade of growing small, medium, and large stations. Mr. McCoy, an African-American, indicated that he has the responsibility to “lay down groundwork for future minorities so that there’s some type of track record of success with minorities running television stations.”[1]
WMMP(TV), Charleston, South Carolina, WCFT(TV), Tuscaloosa, Alabama, and WJSU-TV, Anniston, Alabama. The Bureau is also approving the sale of stations from Sinclair Broadcasting to Howard Stirk Holdings, LCC, which is owned and controlled by Armstrong Williams. Sinclair will sell these stations rather than turn them in for cancellation as it had previously announced. Mr. Williams, a well-recognized African-American political commentator with years of experience in the broadcast industry, has said that he will obtain programming by, among other things, producing original local public affairs programs aired during prime time.
KJCT(TV), Grand Junction, CO, KXJB(TV), Valley City, ND, KAQY(TV), Columbia, LA, and KNHL(TV), Hastings, NE. Gray Television, Inc., retained MMTC Media and Telecom Brokers, the brokerage arm of the Minority Media and Telecommunications Council, to identify and facilitate the transfer of these full-power television stations following the termination of their services agreements with Gray. The sales will provide Ravi Kapur and Sherry Nelson the first opportunity to purchase a full-power television station. Jeff Chang will purchase his second full-power television station.
What we have done in a very short time is foster clear-eyed market-based solutions to the longstanding challenge of low minority broadcast ownership. The examples above indicate real and replicable progress of which the broadcast industry should take note. We look forward to the continued expansion of minority ownership of broadcast stations and invite the participation of all stakeholders in working toward this goal.
source