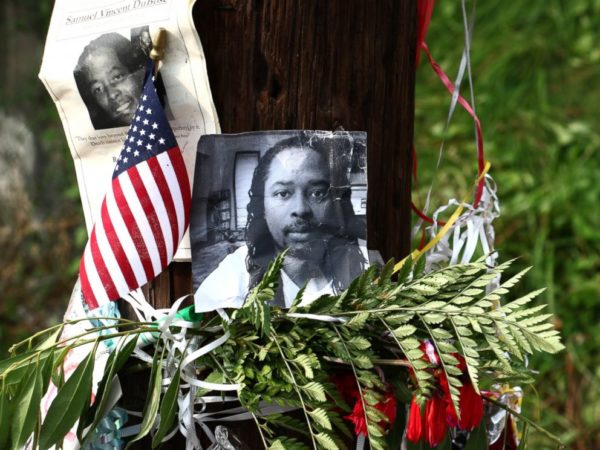 The family of Samuel DuBose has settled its claims with the University of Cincinnati. Mr. DuBose was shot and killed during a traffic stop by University of Cincinnati Police Department (UCPD) Officer Ray Tensing on July 19, 2015. After his death, the family and University of Cincinnati officials have met regularly to address areas of concern and work cooperatively toward rebuilding trust between the UCPD and the local Black community. The settlement provides that:Compensation. The University will pay $4,850,000. The University will also provide an undergraduate education free of tuition and fees for the twelve children of Samuel DuBose, which is estimated to be valued at approximately $500,000. The total monetary value of the settlement is approximately $5,300,000.Memorial. UC will work with the family to establish an appropriate memorial commemorating Samuel DuBose on campus.Statement by UC President. UC President Santa J. Ono will issue an apology to the family for the loss of Samuel DuBose.Community Advisory Committee. UC will invite the Dubose family to attend and participate in the Community Advisory Committee meetings. The CAC is the focal point for community input on comprehensive police reform and will review the results of the external audit of the UCPD.The case was mediated in closed door sessions over a two day period by nationally renowned attorney Billy Martin who stated, “I commend UC and the DuBose family for working together in a positive manner to help the community and the University work positively on their shared goal of reducing crime while preserving rights going forward. The example here demonstrates to communities hurting all over the country that positive results can be achieved through this type of cooperation.”University of Cincinnati President Santa Ono said, “I want to again express on behalf of the University of Cincinnati community our deepest sadness and regrets at the heartbreaking loss of the life of Samuel DuBose. This agreement is also part of the healing process not only for the family but also for our university and Cincinnati communities.”The family was represented by civil rights attorneys Michael Wright (The Cochran Firm Ohio), Mark O’Mara (O’Mara Law Group), and Al Gerhardstein (Gerhardstein & Branch Co. LPA). The university was represented by Kenya Faulkner, General Counsel of the University of Cincinnati and Nathaniel Lampley, Jr., of Vorys, Sater Seymour and Pease. The mediated agreement must be approved by the Hamilton County Probate Court.